Classmates of the Elkhart 4 speak out 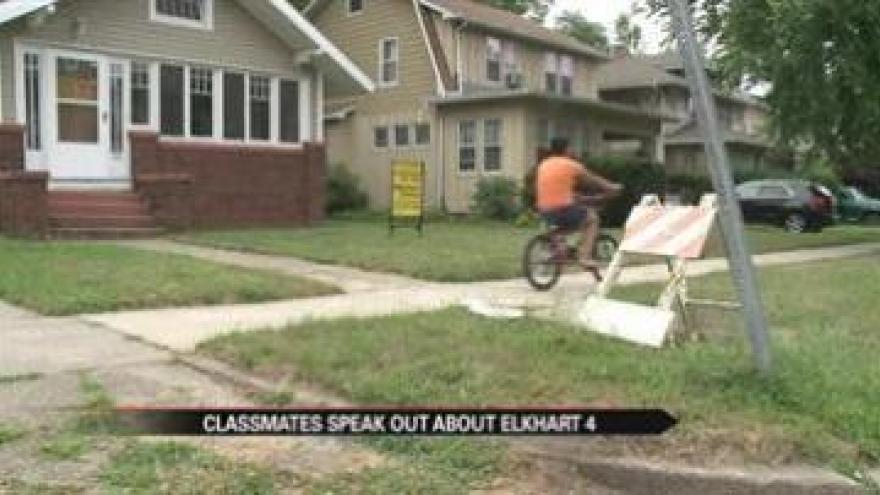 ELKHART, Ind. -- ABC's Nightline featured the story of the Elkhart 4 - the four teens who were convicted of the death of Danzele Johnson, who was killed while they were burglarizing a home. The fact the four were charged with their co-conspirator's death has been controversial.

In October 2012, five teenage boys made a plan to break into a home on Frances Avenue to make some easy money.

What they didn't know, was that the owner was home.

The homeowner shot and killed one of the suspects, Danzele Johnson.

“It is really weird. You see these kids in the halls at school and all of a sudden they’re behind bars," said Cortes.

“I remember when one of them was just little and you would never think that this would have happened,” said Hilari Cortes.

All were sentenced to over 50 years in prison.

When asked about the adult sentences they're serving, there were mixed opinions.

"If they wouldn’t have broken into the home, the kid would still be alive,” said Tiffani McKinney.

The homeowner, Rodney Scott, has never spoken publicly about the incident.