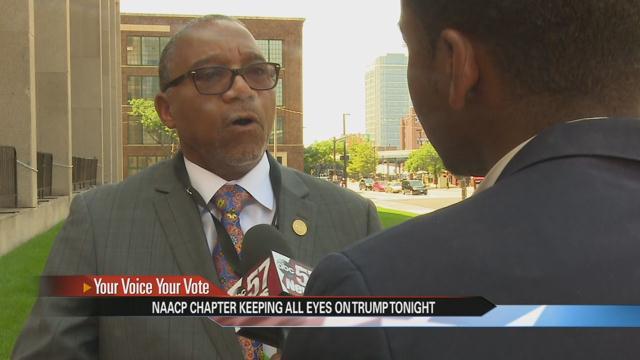 “All this was precipitated by the Cleveland police and whoever there partners are, disregarding your rights and the constitution.”

He’s fighting for the youth demonstrators in this video.

“Flag burning is protected speech under the constitution we have Supreme Court law that says burning of the flag, while you might not like it is protected.”

About 18 were arrested during a week a largely peaceful protests.

The public display was well in view of the large GOP gathering just a few feet away.

And Nelson says the rhetoric used throughout the week only fans flames of tension.

“Race as a social construct has to be addressed head on,” said Nelson.

He doesn’t foresee it happening.

So he hopes the last night will do little damage to worsen local community relations.

Nelson says a few of the protesters are looking at felony charges after the flag burning event.

He’s working with a team of lawyers to help the demonstrators.