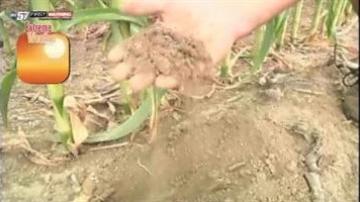 INDIANA -- As we've been reporting, the drought has devastated farmers and their crops - especially corn.

On Thursday a climate report was released. Data showed that this is the driest and hottest weather Indiana has seen in more than 50 years.

One Indiana farmer said he is shocked by how widespread the damage is.

Conditions are so bad that he choked back tears on camera.

"This is the worst drought that I've ever experienced so far, it's so widespread. Hopefully, we get some rain this winter to recharge the ground so that we can put out a crop in 2013," said David Brown, the owner of Brown Farm, Inc.

According to the USDA, nearly 40 percent of corn crops are in poor to very poor condition.