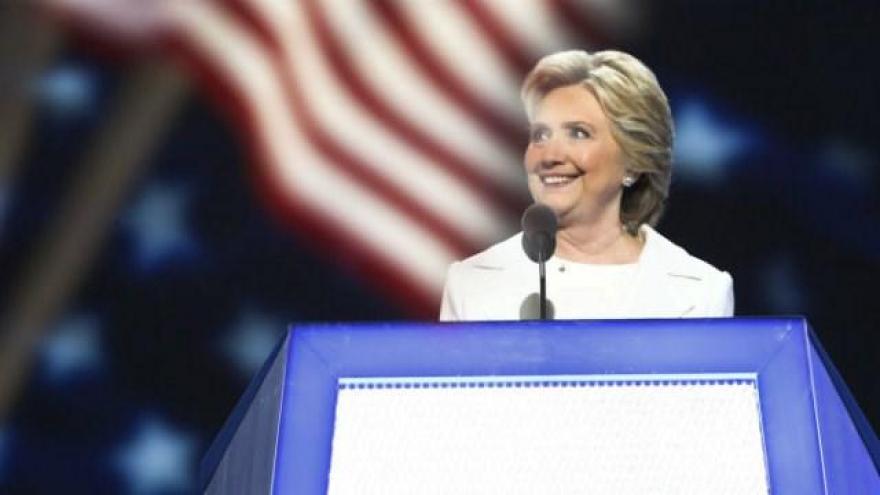 The campaign, along with its joint fundraising agreements with the Democratic National Committee and state parties, begin October with a combined $150 million.

More than 900,000 donors gave to Clinton's campaign last month, bringing the total number of donors who have given to the campaign to around 2.6 million. The average donation was about $56, the campaign said.

"With Donald Trump promising to dump an additional $50 million of his own money into the campaign and right-wing billionaires pledging millions more, we must continue to step up in order to have the resources we need to mobilize millions of voters across the country," said Robby Mook, Clinton's campaign manager. "Millions of Americans are supporting this campaign because they know that Hillary Clinton is the only candidate who has the temperament to be commander in chief and who will fight to make the economy work for everyone."

Clinton's campaign raised about $84 million, while the DNC and various state parties raised about $70 million through the Hillary Victory Fund and Hillary Action Funds.