Clinton doubles down on Sanders criticism, warns that he's promising 'the moon' 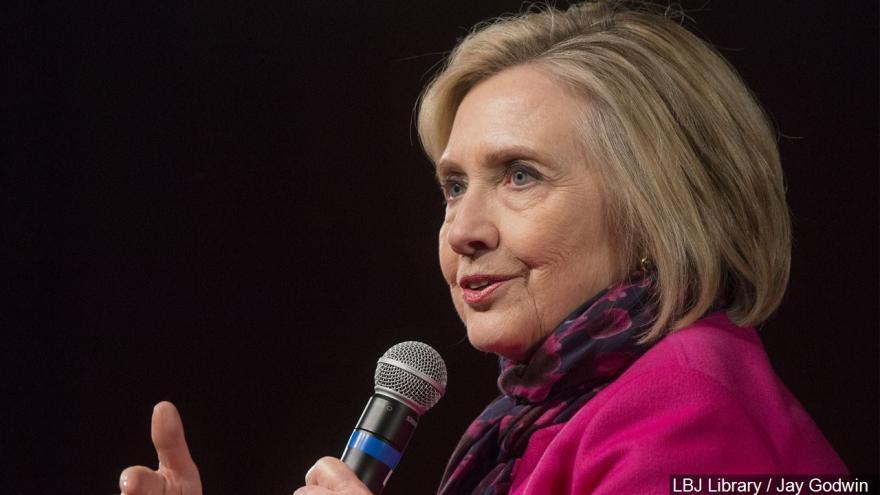 When asked by talk show host Ellen DeGeneres if she wanted to address her prior remarks about the Vermont independent, Clinton noted that while she originally made them about a year and a half ago, "I have a pretty clear perspective about what it's going to take to win, and as I said earlier, that's what I think the key calculation for any voter has to be."

"You've got to be responsible for what you say, and what you say you're going to do," Clinton added. "We need to rebuild trust in our fellow Americans and in our institutions, and if you promise the moon and you can't deliver the moon, then that's going to be one more indicator of how, you know, we just can't trust each other."

Sanders' campaign declined to comment Thursday. When Clinton's previous remarks surfaced last month, Sanders said in a statement that his focus was President Donald Trump: "Together, we are going to go forward and defeat the most dangerous president in American history."

Clinton's comments Thursday come as Sanders is in a near-tie with former South Bend, Indiana, Mayor Pete Buttigieg in the Iowa caucuses. As of Thursday afternoon, with 97% of precincts reporting, Buttigieg remained the leader of the race, with 26.2% of state delegates, while Sanders closely trailed with 26.1%.

Clinton's prior comments about Sanders, her 2016 opponent in the Democratic primary, were aimed directly at his core campaign appeal -- that he's a political outsider pitching revolutionary change.

"He was in Congress for years. He had one senator support him. Nobody likes him, nobody wants to work with him, he got nothing done," she says in a new documentary, reviewed by The Hollywood Reporter. "He was a career politician. It's all just baloney and I feel so bad that people got sucked into it."

On Thursday, Clinton followed up her comments on responsibility by pointing to health care, a key issue for Sanders, who is a well-known proponent of "Medicare for All." In October, Sanders said he doesn't need to come up with a detailed plan "right now" for how much his signature health care plan would cost individual Americans.

"I want quality affordable health care for everybody. ... But let's remember what's at stake. We have a current President who's trying to take away fundamental health care rights," Clinton said, referencing the Trump administration's support for a lawsuit looking to invalidate the Affordable Care Act, including protections for people with preexisting conditions.

"So we can have a big argument about ideally what kind of health care we should want for everybody, because I'm on the front lines on that battle, but let's remember: If we don't win, people will lose what they have right now," she added. "So I just want everybody to understand how high the stakes are and to hold every candidate and every public office holder accountable for what they do or they don't do."

Clinton has hinted repeatedly over the last few months that Sanders was unfit to be the Democratic nominee. In December, she told radio show host Howard Stern that Sanders had "hurt me" with his slow endorsement in 2016, "and I hope he doesn't do it again to whoever gets the nomination. Once is enough."