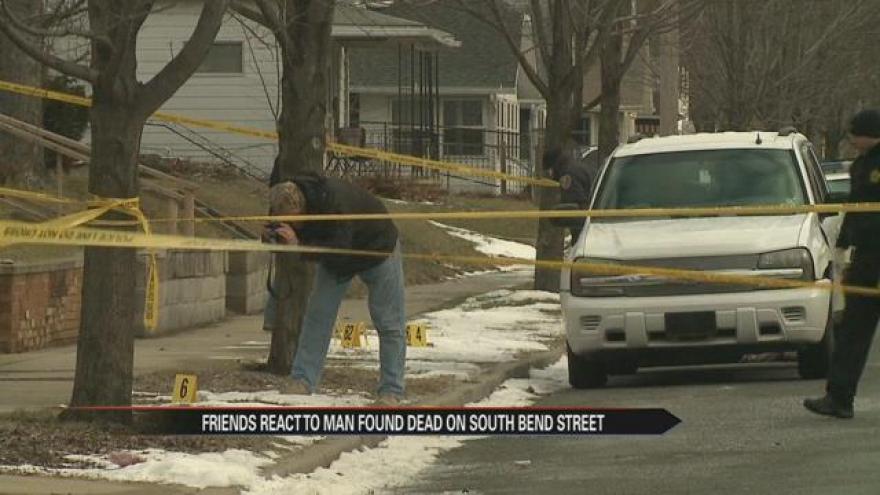 A close friend of the soldier found dead on Sorin Street in South Bend on Saturday is speaking out to honor his late friend.

“He loved karaoke, so he would always be singing and stuff like that,” Justin Hubbard, a close friend of Jodie Henderson, said in a phone interview. “He was just a happy, chipper person.”

Hubbard last spoke with Henderson around 10 p.m. Friday night when the two were planning their next get-together.

Hubbard knew Henderson for five years. He said he was shocked when Henderson’s cousin called him Saturday morning with the news of his death.

Police have yet to confirm what happened to the 27-year-old soldier in the National Guard because they are awaiting autopsy results, but Henderson’s death is being investigated as a murder.

A neighbor on the 1200 block of Sorin Street asked to remain anonymous, but she explained off camera what she witnessed early Saturday morning.

According to the neighbor, at least four men were ganging up on a fifth man outside on the front lawn of 1214 Sorin Street around 12:30 – 1 a.m. Saturday morning.

The neighbor said two hours after noticing the fight, she looked outside her living room window again to see if the commotion was still going on, but it wasn’t. Instead, the neighbor said she noticed a dark mass on the ground behind a white Chevy SUV across the street from the home. She said, from her vantage point, it looked like a pile of trash or rubble.

A few hours later, as dawn was breaking, the neighbor said she felt compelled to check outside her window again. She noticed the dark mass was still on the ground behind the white SUV, so she decided to go outside and check it out.

It was then that the neighbor said she realized it was not a pile of trash, but actually a human body – the body of Jodie Henderson.

Autopsy results are expected to be released Monday, but until then, Hubbard is spending his time mourning the loss of his close friend.

“Jodie was a loving, caring person,” Hubbard said. “He was honest, he was friendly, he was playful and he was just an outright nice person.”

Tim Corbett of the St. Joe County Metro Homicide Unit said Saturday that police were looking to speak with one person about Henderson’s death, but no arrests had been made.

If you have any information, you are asked to call the Metro Homicide Unit.