Coach Kelly: No cause for panic after loss to Texas 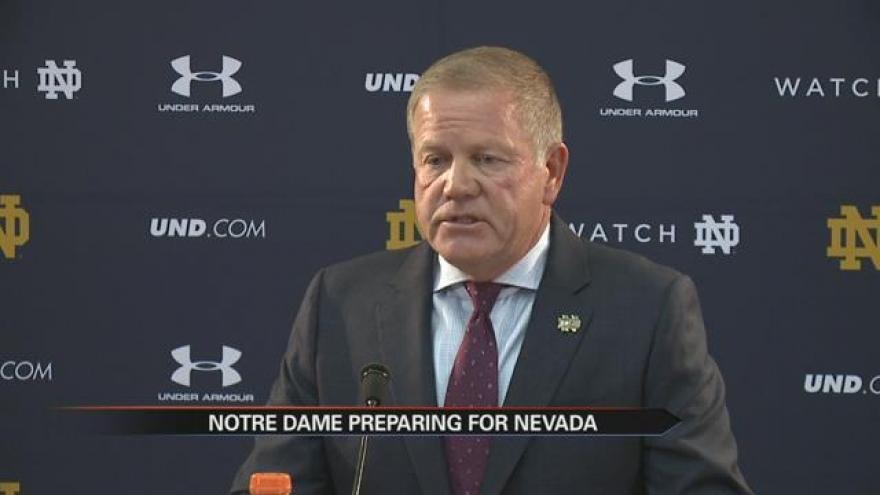 The Irish are now ranked 18th in the latest Associated Press Poll and have fallen 12 places to 21st in the Coaches Poll after Sunday's double-overtime loss to Texas. Head Coach Brian Kelly says the keyword this week is finish.

Kelly says the Irish put themselves in position to beat Texas, overcoming a 17-point deficit but they could not close out the game but that does not mean there is cause for panic.

Defensively the Irish gave up 517 yards of total offense and 7 touchdowns. Coach Kelly says the d has to execute the game plan and tackle better and says he stands by Defensive Coordinator Brian Vangorder moving forward.

"If we're 10 or 11 games into the season and we have to outscore everybody, I'll take the questions, you know? And I would say fair enough. We're in game one of a brand new offense that we saw for the first time, and we gotten guys that went on the NFL off this team. So I just think we're jumping the gun As I said yesterday, I think y'all should relax a little bit. I think our defense is going to be fine," said Coach Kelly.

Offensively, Kelly says Kizer did a good job but when the offense had a chance to finish the game, it came up with nothing.

"I think probably late in the game trying to do a little bit too much and just let the offense run itself and you being the player that you are, you're going to make something good happen instead of trying to manufacture something," Coach Kelly said.

Kelly says he plans to have two really good quarterbacks all season but the decision on whether to play both against Nevada has not been made yet.