Coats calls for end to federal funding of Planned Parenthood 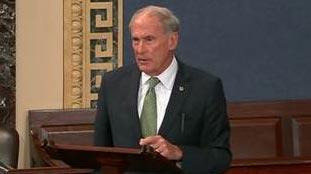 On the Senate floor on Tuesday, Senator Dan Coats, R-Ind, called for an end to federal funding of Planned Parenthood.

Planned Parenthood has been under fire in the last few days because of videos showing officials from the group discussing the sale of aborted fetuses.

A third video of a Planned Parenthood employee discussing per-organ pricing was released on Tuesday.

All of the videos were recorded and released by The Center for Medical Progress.