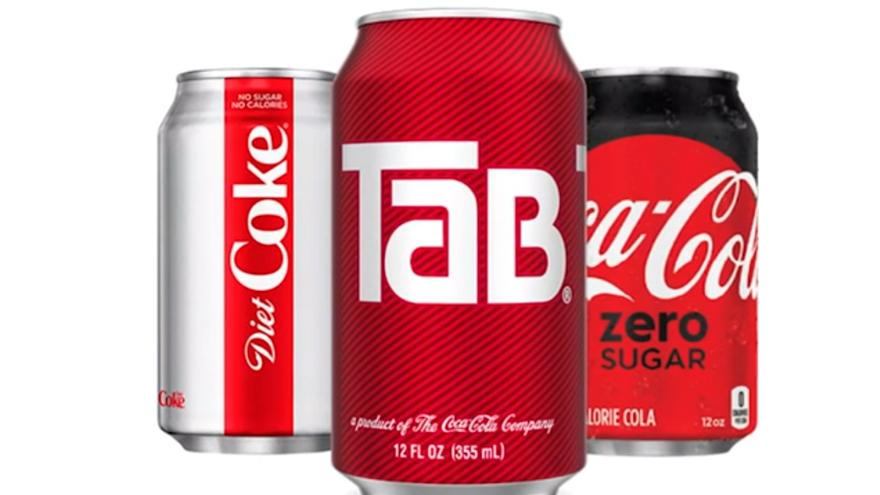 (CNN) -- RIP, Tab. After nearly 60 years, Coca-Cola is discontinuing its first-ever diet soda, Tab, which acquired a huge fan base in the '70s and '80s and maintained a small but devoted following through the years.

"Tab had an amazing run," said Robert Bixby, executive director of the Concord Coalition and a longtime Tab enthusiast. Bixby said messages of condolences have been pouring in. "As a business decision I can understand it, but it's a very sad day ... I do feel it's like losing a friend."

Tab is one of several "underperforming" products Coke has said it is eliminating from its brand lineup by the end of the year as the company seeks to streamline production and focus on bestsellers.

Coke isn't alone in culling its brand lineup. Many food and beverage companies are cutting back on their product offerings during the pandemic to make their operations more efficient and meet growing demand for their most popular items.

The company said its beverage overhaul was already under way before Covid-19, but the pandemic prompted the company to fast-track changes. Coke previously announced that Odwalla juices and Zico coconut water would be among the discontinued brands.

Bixby, who has remained loyal to Tab since the 1970s, said he had been preparing for the end. He said he's been auditioning replacement diet colas all summer — all too sweet.

The saccharine-sweetened, zero-calorie Tab was initially marketed to women. Some people familiar with the flavor have described it in terms including "bitter" and "like bad medicine," with a metallic and lingering aftertaste. Though Bixby said he preferred it to other diet colas because it was less sweet. "It didn't compete with things, so you could enjoy it with a meal."

Tab's growth was more or less cannibalized when Diet Coke came on the scene in 1982. But Coke kept the brand alive for years for its devotees.

In announcing Tab's end, Coke noted the zero-calorie sparkling beverage category has changed significantly in recent years, both in terms of its core consumer base and preferences. Retiring products like Tab frees the company to invest in its powerhouse Diet Coke and Coke Zero brands.

"This is not a bottom-line efficiency play," said Brad Spickert, senior vice president of innovation and commercialization. "It's a top-line growth play."

Bixby says he's drinking more diet ginger ale these days, and holding out hope for some kind of Tab comeback as a novelty item.

"I had a pretty good stockpile at the beginning of the pandemic," he said. But earlier this year, he could no longer find Tab in stores or online. Now, he has just two cans left. "I'll probably drink one, and save the other one in perpetuity."