Coca-Cola is replacing Coke Zero with a new drink 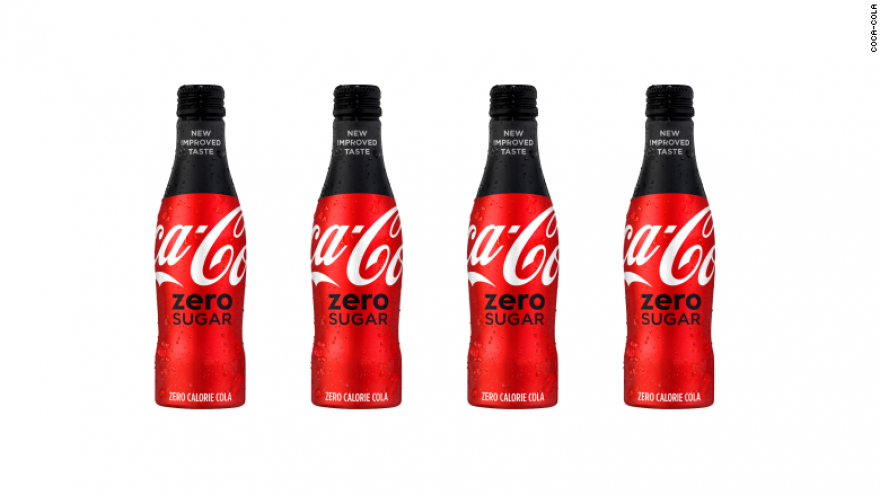 Coca-Cola Zero Sugar has already been a success in 25 markets around the world, including Europe, Latin America, the Middle East and Africa. Next month, it will be the United States' turn: the new drink will be coming to America in August.

So, what's the difference between Coke Zero and Coca-Cola Zero Sugar?

Coca-Cola said it wanted to be as "clear and descriptive as possible" in the name change to make sure consumers knew the drink was sugar-free.

In a call with investors Wednesday morning, Coca-Cola CEO James Quincey called the new drink a "reinvention of Coke Zero."

The revamp comes as the beverage industry tries to tap into consumers' dwindling consumption of high-sugar and high-calorie drinks. U.S. soda sales fell to a 30-year low in 2016, according to Beverage Digest.

Last year, Coca-Cola's competitor PepsiCo announced plans to have 100 or fewer calories for two thirds of its single-serving drinks by 2025.

Coke Zero, which made its debut in 2005, was one of the top 10 soda brands in 2016. Sales grew by 3.5%. But Coca-Cola Zero Sugar grew by double-digits globally, and Coke expects the new drink to pop in the United Sates as well.