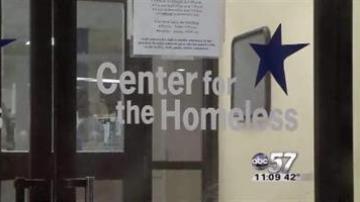 SOUTH BEND, Ind. -- Jalyl Allen has a warm bed to sleep in, thanks to the Center for the Homeless in South Bend. But he says when he first became homeless that was not the case.

"I was praying like a hope I can get a bed today, because it is cold outside," said Allen.

Allen got a bed two nights ago.  "It felt like a rock was lifted off my chest," said Allen.

"I know it's not easy for them as anyone would imagine saying there is no room at the inn," said Camilleri.

Steve says his team has many other partner agencies they contact when they have no room, and he says he never sends anyone away without something.