Collapsed structure finally to be removed from Indiana State Fairgrounds 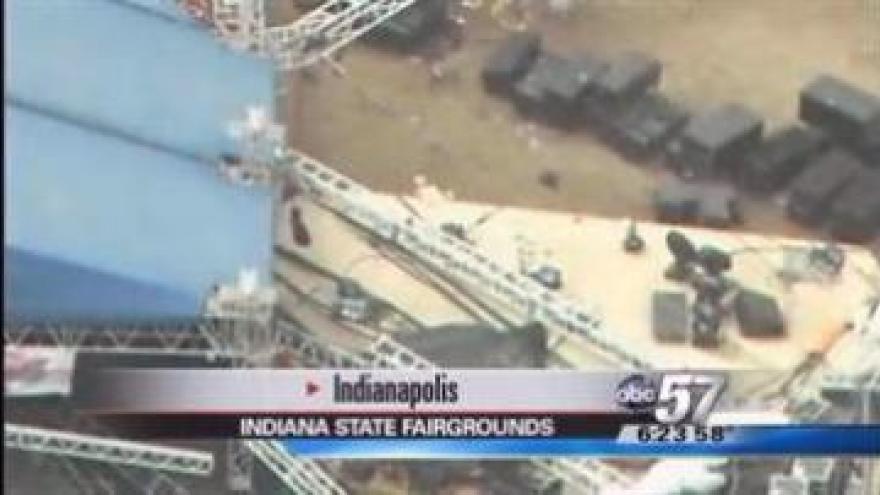 INDIANAPOLIS -- The Indiana State Fair Commission met on Thursday to update the progress of the stage collapse investigation.

Two months after the deadly stage collapse at the Indiana State Fair, the structure is finally being removed.

Clean-up will begin on Monday. It's expected to take three days.

Investigators plan to build a replica of the stage to determine what failed.

Seven people died in the stage collapse. Dozens more were injured, including a Mishawaka woman.

We are also getting a better picture f the financial cost of the stage collapse.

Those with the State Fair say the investigation will cost nearly $1 million.

They added that they will spend whatever it takes to find out what happened!

A relief fund has processed 17 claims so far, including claims involving six people who died, for a total of $278,000.

One person has requested a meeting with Kenneth Feinberg, who is administrating the fund.

On Monday, engineers will begin working on the collapse itself. To this point, they have been cataloging the perimeter of the crash site.