College athlete stabbed to death in random act of violence 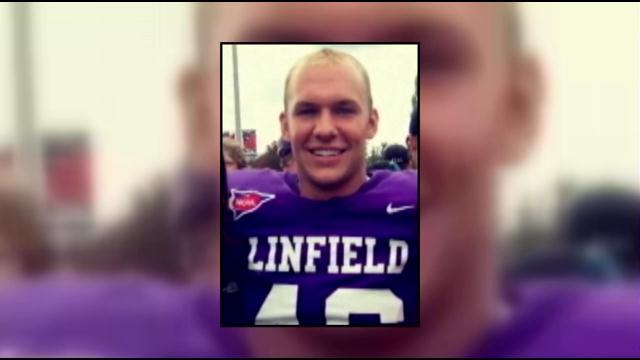 Police are investigating the stabbing death of a Washington state college athlete.

The community of Woodinville is mourning the death of 20-year-old Parker Moore.

Police say he was stabbed several times Saturday night at a 7-Eleven near Linfield College in McMinnville, Oregon.

Moore played football for Linfield College, and his coaches say he will be missed.

“He was such a phenomenal young man. More than anything, just his heart. I mean, he always thought about the team first. It was never about me,” says defensive line coach John Hamilton.

Investigators say Moore was the victim of a random act of violence.