College Football Hall of Fame leaving at end of the year 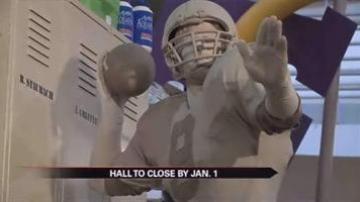 SOUTH BEND, Ind. – The College Football Hall of Fame is leaving South Bend. The hall will move about the end of the year.

The city owns the building and is leasing it to the museum. The lease ends Jan. 1.

Employees at the hall told ABC57 that there were no plans to extend the lease and they do not have an official closing date.

The city has been unsuccessful in the past in trying to sell the building.