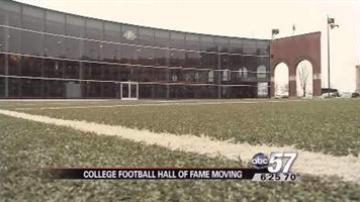 SOUTH BEND, Ind. -- It looks like the College Football Hall of Fame is leaving South Bend after all.

The hall was supposed to move to Atlanta, but those plans were put on hold when funding came up short.

Now, according to published reports out of Atlanta, the move is back on.

We called the Hall of Fame in South Bend on Thursday to see when it would be leaving, but we did not hear back.