Colo, the oldest gorilla ever on record, dies at 60 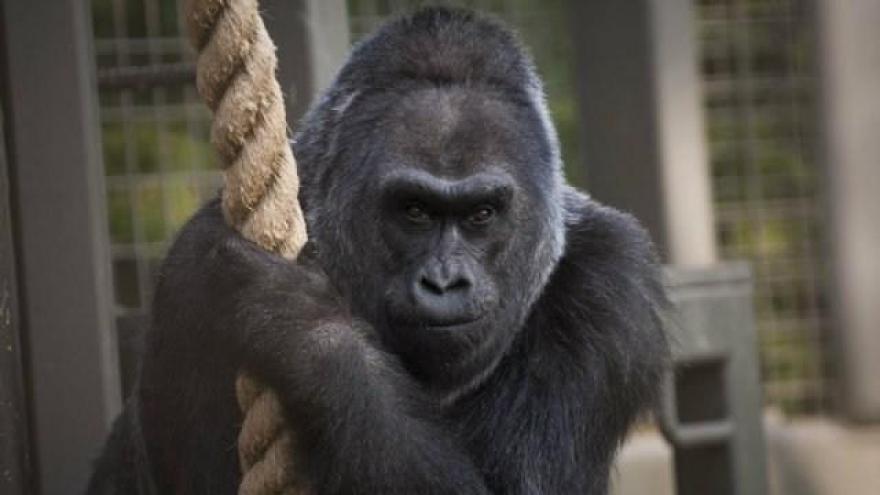 (CNN) -- There's been another gorilla death at a zoo in Ohio. And while this one is of natural causes, it's no less heart-breaking.

Colo was the oldest gorilla ever on record and the first to be born in human care. She died in her sleep at the Columbus Zoo early Tuesday.

She was 60, and lived two decades longer than most gorillas.

"Colo touched the hearts of generations of people," the Columbus Zoo and Aquarium said. "She was an ambassador for gorillas and inspired people to learn more about the critically endangered species and motivated them to protect gorillas in their native habitat."

Colo wasn't nearly as well-known internationally as Harambe, the 450-pound gorilla at the Cincinnati Zoo shot and killed by zoo personnel after a 3-year-old boy fell into its exhibit in May.

But she meant a lot to zoo-goers in Columbus.

Kayla Strother shared a photo of Colo and her daughter. "She just walked up to the glass and wanted to touch my baby," Strother wrote. "She was kissing the glass and everything."

Colo's name, an abbreviation of Columbus, Ohio, came from a national naming contest.

Last year, she celebrated her 60th birthday surrounded by thousands of fans.

"She was the coolest animal I've ever worked with and caring for her was the highlight of my career," said assistant curator Audra Meinelt.

She will be cremated and her ashes buried at an undisclosed location in the zoo.