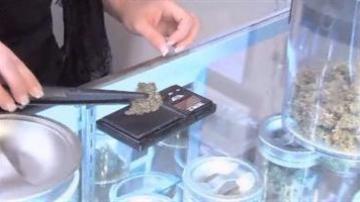 Voters in Colorado and Washington state have decided to legalize the recreational use of marijuana.

With the legalization of marijuana, its production and distribution will be regulated. It's only for people 21 years and older.

Colorado's governor said quote, "Federal law still said marijuana is an Illegal drug,” but his office will respect the will of voters.

The state of Oregon had a similar measure on its ballot and it failed.