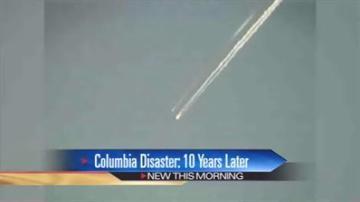 MERRITT ISLAND, Fla. — Bells across the nation will ring seven times for the seven astronauts who died aboard the Space Shuttle Columbia.

A piece of foam falling from the external fuel tank punctured a hole in the leading edge of the shuttle's left-wing during lift-off.

On Feb. 1, 2003, the Columbia broke apart over the Southern part of the United States as it re-entered the Earth's atmosphere for landing.

The shuttle was on its 28th mission and was returning from a 16-day trip into space when it broke apart over Texas and Louisiana. Among the seven crew members was Ilan Ramon, Israel's first astronaut.

There will be a special wreath laying ceremony at the Space Mirror Memorial at the Kennedy Space Center Visitors Complex.