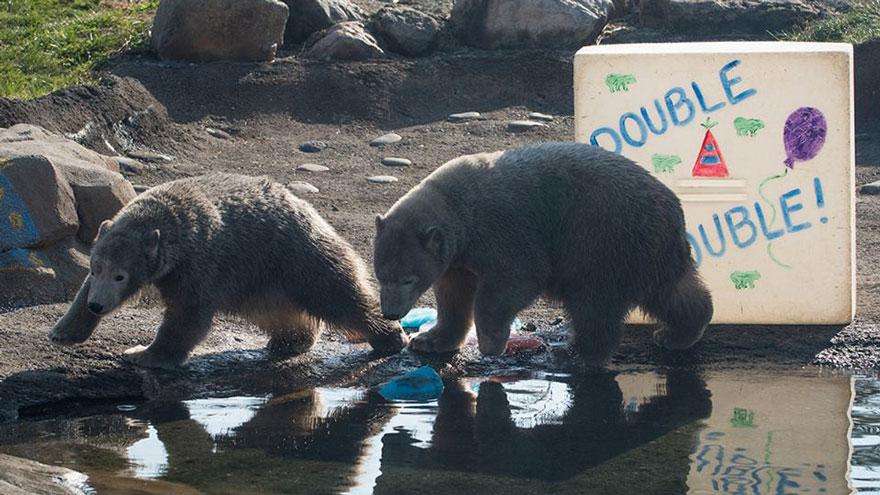 Neva and Nuniq, along with their mother, were treated to a special fish-filled birthday cake, and a crowd joined them to sing happy birthday.

Only three polar bear cubs were born in a North American zoo last year. Those bears are Neva, Nuniq, and their cousin Amelia.

It was a certainly special day for the young bears and for the families who joined the celebration.