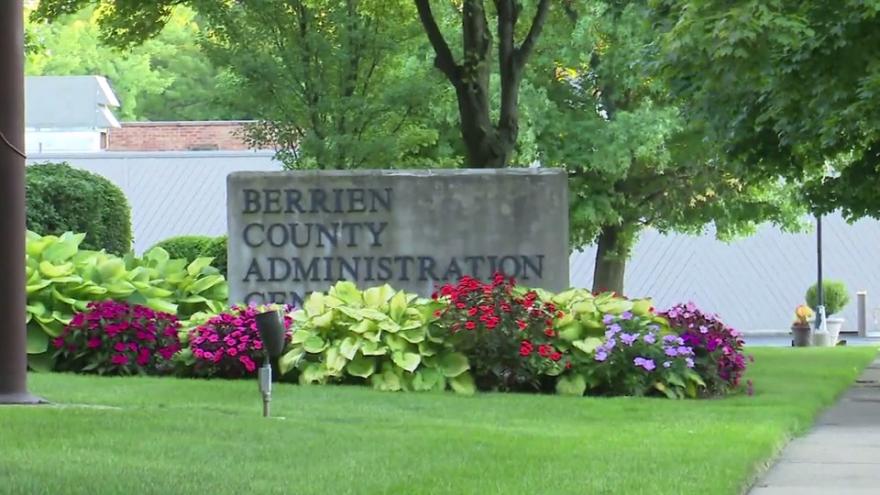 BERRIEN COUNTY, Mich. -- An investigation into whether Berrien County Commissioner Teri Sue Freehling complied with the law that requires elected officials to disclose instances where they may benefit financially in a matter before the board.

The Board of Commissioners announced a short time later it has retained a Special Counsel to review the issue and provide a report in the next three weeks.

The Berrien County Prosecutor's Office received a complaint questioning whether Commissioner Freehling was complying with the Contracts of Public Servants with Public Entities Act.

A violation of this act is a 90-day misdemeanor.

Michigan State Police were asked to investigate the complaint.

Police said their investigation revealed Commissioner Freehling voted to approve payments by the county to Douglas Hartzler, who had a contract with the Berrien County drain commissioner to work on county drains, reports said.

Payments from the county on behalf of the drain commissioner to Hartzler totaled $400,000 over two years and a significant portion of the amount paid to Hartzler made its way to Patrick Freehling, according to investigators.

The prosecutor's office says while there was evidence Commissioner Freehling knew her husband rented equipment to Hartzler because she abstained on some votes authorizing payments to Hartzler.

There is insufficient evidence to prove she knew the full extent of money paid to her husband for county drain work, which would be required for a criminal conviction, reports said.

Commissioner Freehling did disclose her husband's involvement in renting equipment to Hartzler, but not the full extent of the actual involvement, according to reports.

The prosecutor's office says there is also a legal question where the money paid for drainage work came from county funds or drainage assessment district funds, in which case Freehling's disclosure may not be necessary.

The factual and legal issues would make a conviction difficult, the prosecutor's office stated.

Through her attorney, Commissioner Freehling acknowledged she should have researched the extent of her husband's interest in drain commission contracts and revealed that to her fellow commissioners, the prosecutor's office release said.

Commissioner Freehling's husband has since died, but she said she will research and disclose any future interest she or relatives have in continuing to rent equipment for drain commission projects, reports said.

The Berrien County Board of Commissioners issued this statement:

The Berrien County Prosecutor, upon a referral from the County Board of Commissioners and after an exhaustive investigation, has decided not to press charges on whether Commissioner Teri Freehling violated the Michigan criminal code governing conflicts of interest by elected officials.

The Berrien County Board of Commissioners has its own by-laws concerning disclosure of Commissioner conflicts of interest. At this point in time the Board has made no decisions on this matter.

To protect the rights of both Commissioner Freehling and the integrity of the Board's by-law standards, the Board has retained Special Counsel to review the facts of this conflict of interest issue and to advise the Board concerning its appropriate course of action. The Special Counsel will make a report to the entire Board in the next three weeks.