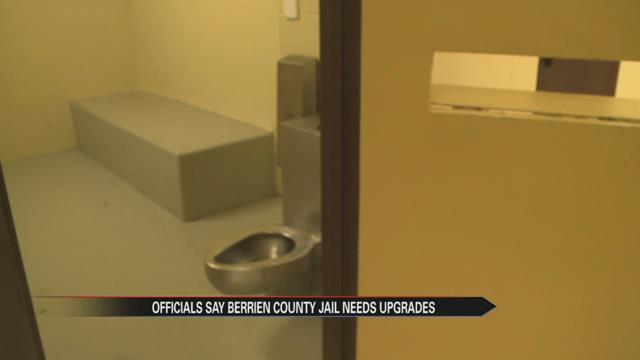 ABC57's Alexandra Koehn was granted access to part of the jail to find out why improvements need to be made.

Berrien County Sheriff Paul Bailey has been asking commissioners for the money to expand the ingest area for 10 years now.

The sheriff wants the renovations to include adding approximately 15 holding cells, additional inmate property locker rooms, and a medical triage in case someone has a serious medical issue.

Bailey said the basement of the jail where the receiving area is located was built in 1951.

The holding cells appeared to be pretty crowded on Wednesday.

The sheriff said most days they are holding 360 inmates and capacity is supposed to be 341. A new law has given sheriffs in Michigan some leeway in regards to overcrowding.

Due to aging infrastructure and lack of funds across the state, many jails are reportedly over the limit.

The jail has expanded their tether program to help with the capacity issues. On Wednesday, 65 inmates were released on a tether.

According to the captain of the jail, they ingest nearly 9,000 inmates every year.