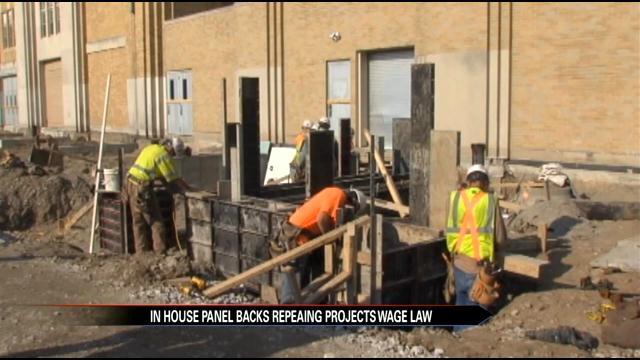 This law has been in effect for almost 70 years, now lawmakers are looking to make changes to the Indiana wage laws apply to any project that costs $350,000 or more.

The wage is based on what's most commonly paid for comparable projects in the area.

This does not apply to public projects in Indiana that are to be paid for in whole or in part with funds granted by the federal government.

In South Bend, wages for workers from plumbers to boiler makers to roofers are broken down by skilled, semi skilled, and unskilled categories.

Under current law, a skilled sheet metal worker in South Bend makes close to $29 an hour, an unskilled one will make a little more than $14 an hour.

Repealing the law has been the source of some intense debate down in the house chamber among people in the industry, and people in the business community who employ construction crews for big projects.

There is a lot of speculation of what could happen if this law is repealed.

Some believe this could mean lower wages, the other side of this argument say this could save tax payers money since the government wouldn't be footing the bill.

Others say this could prompt a shortage of workers.

Tuesday it passed the house labor committee by a vote of 8-4 we are now waiting for voting from the house.