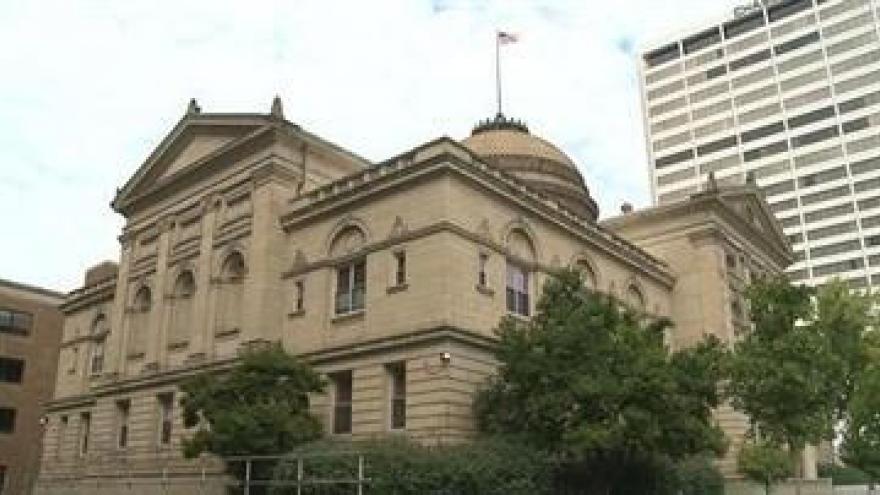 SOUTH BEND, Ind. – The first legal skirmish that will ultimately determine if tape recordings made at the police department will be made public, took less than 10 minutes.

After a 15 minute meeting in his chambers with counsel for both sides, St. Joseph County Circuit Court Judge, Michael Gotsch took the bench and began the proceedings.

First he dealt with a motion Interim City Attorney Aladean DeRose filed late last week asking the court to suspend the case until a federal judge could determine the legality of issues surrounding the tapes.

Gotsch asked the Common Council’s hired attorney, E. Spencer Walton, Jr. if he wanted to respond to the motion; to which Walton said yes.

He asked for 5 days to formulate his response. DeRose did not object, but took the opportunity to express her opinion that the court did not need to grant the extra time.

Judge Gotsch said he felt providing Walton with the requested time was appropriate; and set a date to hear the matter for the following week.

Dixon filed a motion to intervene; which, if approved, would allow him to join the case on the side of the Common Council.

Dixon said his clients rights may be adjudicated at some point in the proceedings and wanted to make sure he was able to represent Boykins if that occurred.

Gotsch said he would rule on Dixon’s motion the same day he ruled on the City’s.

Meanwhile, rumors circulated that Gotsch would recues himself from the case.

Apparently, Gotsch reached out to the attorneys and informed them he had been a clerk for G. Robert Blakey.

Blakey, now a Professor of Law at the University of Notre Dame, was in charge of the legal team who created the original wiretapping law back in 1968.

He could be called as a witness by the City, if the case moves forward.

When asked about the rumors of recusal, Walton brushed the event off as unlikely.

“You obviously develop relationships and respect for the person you worked for; but the law is the law. The ethical standard by which we live requires you not to do that. So, it wouldn’t seem inappropriate for Judge Gotsch to decide this case at all,” said Walton.

Walton also talked about why he opted to take the opportunity to respond to the City’s motion to stay. “They filed a brief that was rather extensive but unsupported by any affidavits or any other testimony,” said Walton.

He also called into question DeRose’s decisions about some of the content of her motion. “Some of the things they were discussing were letters from people, which are hearsay,” said Walton.

It is clear from statements made in the motion, the City believes that a federal judge is in a better position to rule on this matter than Judge Gotsch is, but Walton disagrees.

He pointed out that this is not a case about federal law; it is a case about an Indiana State statute. “The statute specifically provides that we can ask for these documents and records and if they choose not to produce it the statute says we can go to circuit court to compel production, so we belong right here,” said Walton.

As for the delay in finding out if the statute applies and if the court will enforce it, Walton says he is frustrated. “We just want to get this thing moving as fast as we can; we frankly don’t care which court decides it; whoever decides it first will be the best for the community,” said Walton.