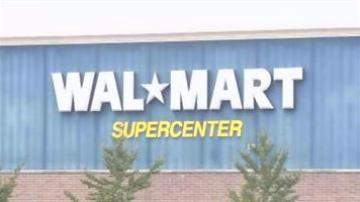 It is our story that is helping concerned community members correct, what they are calling, a major problem at a popular retail store. Wednesday, the South Bend Common Council stepped into take action. The common Council sent a letter straight to Wal-Mart demanding the store follow the city's requirements for selling firearms.

Monday ABC 57 aired a news report about how a South Bend Wal-Mart was selling tactical guns, even though the store promised the city it would not sell tactical weapons.

ABC57 first learned about the violations when a local minister said someone offered to pay two kids in his youth group $50 to steal ammunition from Wal-Mart.

ABC57 went to the Wal-Mart off Ireland Road in South Bend to see if the store was in compliance with a written agreement it made with the city back in 2011.

In a petition, the retail giant asked for permission to start selling guns and in order to do so, Wal-Mart promised the city there would be "no sales of handguns or tactical guns".

Yet, we found a 12 gauge tactical shotgun, with a special muzzle designed to shoot off door locks.

"It's a slap in the face to the citizens of the city." Common Council Vice president Oliver Davis oversees the 6th district, where the Wal-Mart is located. "We have had a great relationship with them and this is why it was alarming to me that they had not honored their part of the bargain," said Davis.

Many concerned community members brought the issue straight to the common council at its last meeting. So, Councilman Tim Scott decided to go to Wal-Mart to see for himself if the store was in fact selling tactical weapons. When he did, Scott not only found tactical guns, but also 223 ammunition. It is a type of ammunition the military uses.

Scott said, in the agreement, it specifically states Wal-Mart can not sell that type of high-powered ammunition. "A 223 round can shoot through a bulletproof vest. So, we are concerned about our police officers' safety and anybody else, because if it can go through a vest, it can go through windows, walls or anything else," said Scott.

"With state law there are some issues they didn't have to deal with, since they came before the council and made that promise in writing that they would do that, then we want them to honor for the protection of our citizens," said Davis.