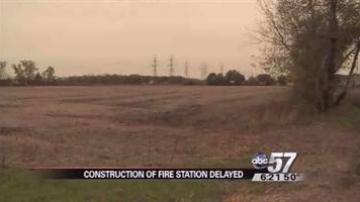 MISHAWAKA, Ind. –- Construction has been delayed on the new Mishawaka fire station.

The Common Council was supposed to vote on financing Monday night, but that vote was pushed back until Nov. 9.

Despite the delay, Mayor Dave Wood says the city still plans to break ground on the new station Monday morning.

The work will not likely begin until the council votes on financing. That is welcome news to some neighbors!

"This, right here, is one of the main roads that comes into the neighborhood. So, I'm interested to see what happens with all the construction that's going to be there. I think, you know, there might be a little back-up,” said Kelly Schultheis.

The fire station will be built near Hums Elementary School. Eventually, the city plans to widen nearby roads to help with traffic.