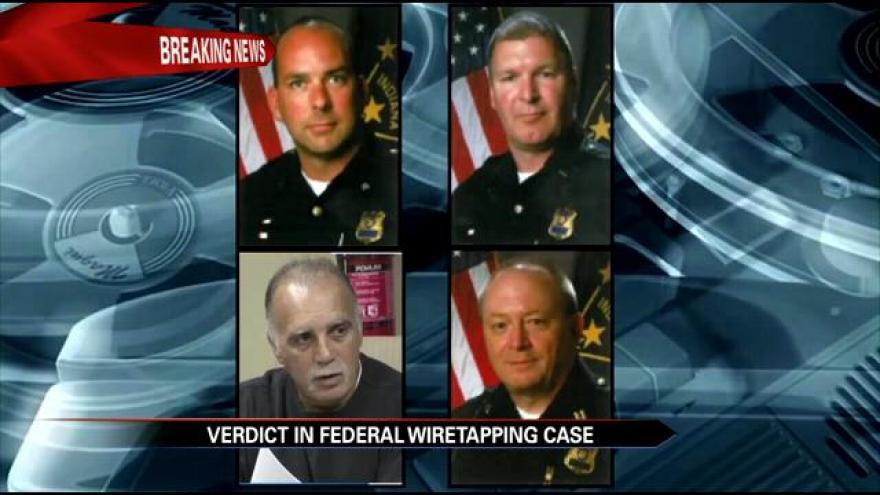 South Bend community leaders are calling for the city to release one of the tapes made at the South Bend Police Department in 2011.

On Wednesday a judge ruled seven of eight recorded conversations made in 2011 violated the Wiretap Act.

One conversation was recorded in compliance with the law and could be released, but it's unclear if it will be.

Some city leaders are questioning the mayor and why he hasn't guaranteed the release of that one tape.

“We today are demanding he take immediate action. Our concern is not two way streets, our concern is justice,” Pastor Mario Sims said during a press conference.

He believes justice will only be served once the South Bend community is allowed to hear the recordings.

They are conversations former Police Department Communications Manager Karen DePaepe described as inappropriate, in a statement written by her attorney.

“It said the content of some of these tapes contained racially derogatory statements related to other ranking officers. If you're going to disrespect a member of the police department using a racial term, what do you think would happen to people in the community?” Sims said.

On Wednesday Mayor Pete Buttigieg said the city will work with its attorneys to see if and how the tape can be lawfully released.

“The fact that some people believe police officers in this community are capable of racism, even the existence of that perception, is itself something we must address. And we have to do it together,” Mayor Buttigieg said.

But Pastor Sims along with community leaders said those are just words and they want results.

“I would ask anyone to put yourselves in our shoes. We have a community where senior law enforcement officials investigate crimes involving people of color. They make decisions, including hiring decisions, policy decisions,” Sims said.

At the press conference pastors said it is time to put this in the past, but don't believe the city of South Bend can move forward without hearing what was said on the tape.

“I think it's time for us to move on from the tapes, that's why it's important for us to hear them. We can hear them get over it and start the healing process,” said Sweet Home Ministries Pastor Erskine Jones.