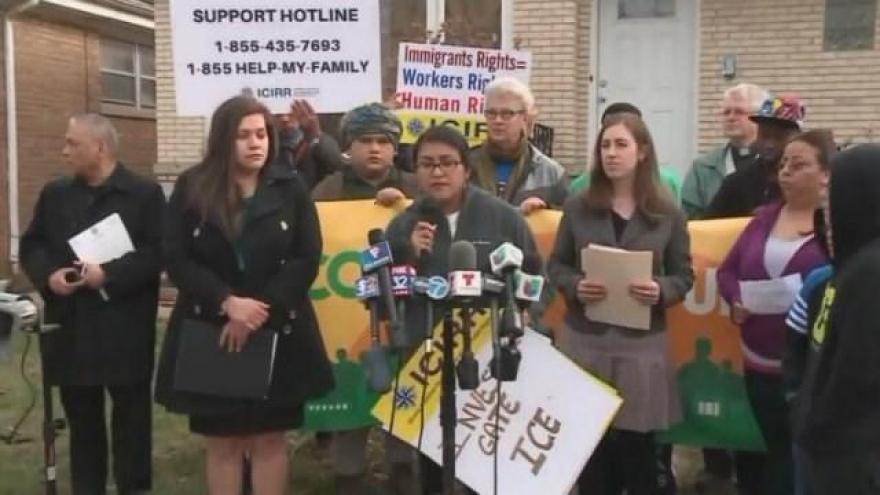 Felix Torres was shot in the arm Monday at his home in the Belmont-Cragin neighborhood.

ICE agents say they were there to serve a warrant when Torres pointed a gun at them.

On Tuesday afternoon, local officials spoke out on the incident.

Torres is still in the hospital.

And agents say he was not the target of their operation but it's still not clear why immigration agents went to the house.

The family says they are all in the country legally.