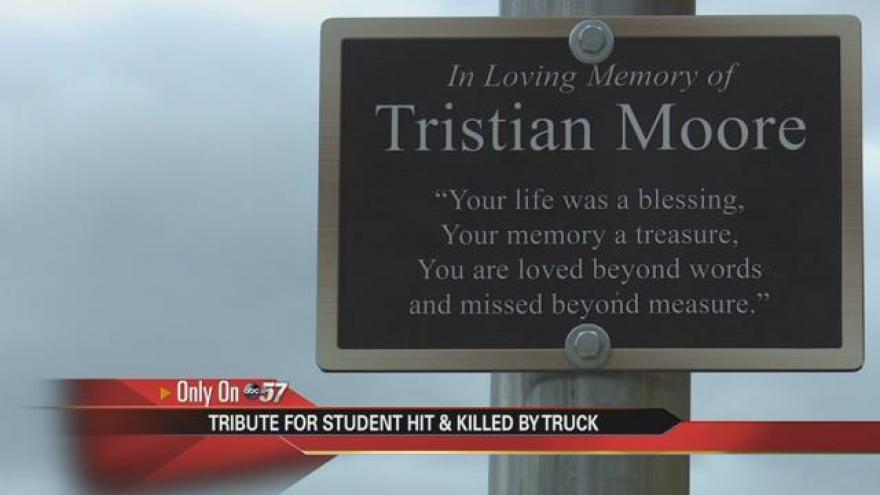 Students and staff remembered former student Tristian Moore, months after he was struck and killed by a truck.

Members of the school said Moore was a kid who was loved beyond words and missed beyond measure.

They wrote those words on a plaque installed on the school’s basketball court.

“It’s a hole that could never be filled in our hearts,” said Clarrissa Moore, Tristian’s cousin.

Many hearts broke in January when the 11-year-old was hit and killed by a pickup truck while walking across Michigan Street to the bus station.

Months later, his legacy lives on.

“You don’t realize how much support you have going through a tragedy until you are actually able to see it and witness it,” said Clarrissa.

The school and a faith-based group called the God Squad came together and created a large poster in his honor.

“It doesn’t make a difference what side of town you live on, it showed a lot of love,” said Rev. Greg Brown of the God Squad. “And to be out here and to see the kids, it’s hard.”

It was hard for this community to move forward without Moore.

But in the midst of a sadness, this poster served as a memento of love, signed sealed and delivered from the community to the ones who loved him the most.

“Having so much support from the school, and the students and his friends, it all helps,” said Clarrissa.