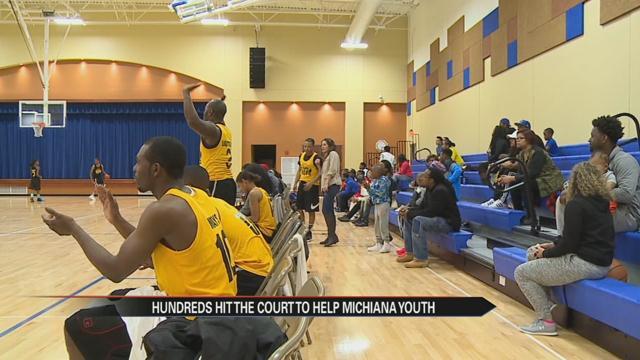 The first annual Our City Hoops Charity Game was held Saturday at the Success Academy in South Bend.

It was all organized by Shawn Jacks and Rakeesha Lane, both were born and raised in South Bend.

“For me growing up in South Bend has been a plus and a negative,” says Rakeesha Lane.

Jacks and Lane say more positive support is needed for kids in the community.

“It takes a village to raise a child. You look to your community right? If no one’s there of positive influence it can be very detrimental for any kid,” said Jacks.

Now, the two are making that “village” on the court. They gathered two teams of other young leaders to serve as role models for the kids in the stands.

“They grew up around us so they know what we used to do and they know how we are now. So if they see us going out and doing something positive I would think they think they could do it,” said Lane.

Jacks is hoping local kids will be inspired to help one day too.

“You do things to hope that one day the thing you started becomes a lot bigger and a lot better. So this is what I’m doing right now and hopefully the kid that sees it 10 years later it’ll be at Notre Dame, packed house, celebrities, who knows! So that’s the dream,” said Jacks.