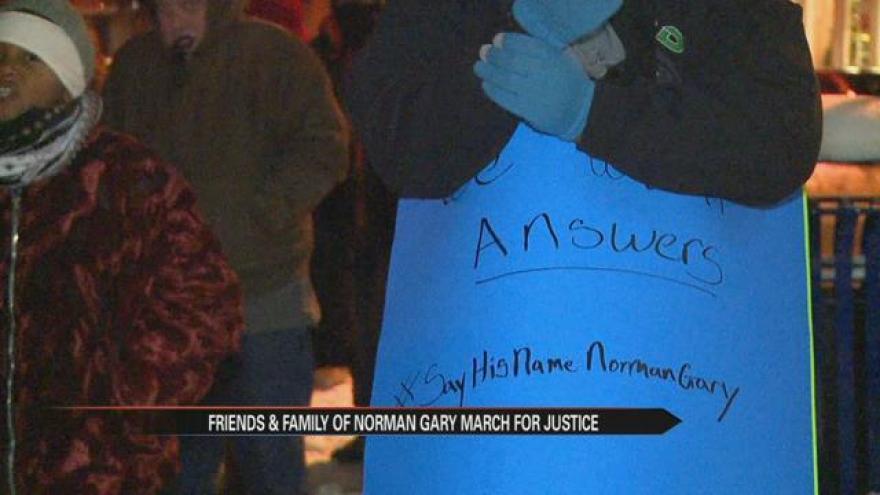 Nearly seventy members of the Elkhart community participated in an organized march on City Council Monday night, looking for answers in the investigation into the death of Norman Gary.

Walking from Civic Plaza to City Hall for the council meeting, with signs reading “we want answers,” shouting “justice for Norman.”

Gary was shot and killed at the beginning of the month on DeCamp Avenue. State Police are handling the case since two Elkhart Police officers fired their guns.

Officials have not yet said if it was an officer who fired the shot that killed Gary.

Gary’s family says they are frustrated that investigators have not been keeping them updated in the case.

“It’s very hard, but it’s our meaning to be out here today to let them know that we aren’t going to be quiet until we get some answers,” said Sandy Holt, Gary’s sister.

Jason Moreno helped organize the march in support of the family.

“This is about as America as you can get, holding your municipal government accountable for their actions. People have very serious concerns and they are here to get them addressed,” said Moreno.

About a dozen officers were on stand-by at the meeting. But, as intended, things remained peaceful.

“Take into consideration everybody showing up here, it hasn’t ever been this packed, not for a long time. So you can tell the community cares,” said resident Donald Brown.

The city council was part of the process when the purchase of police body cameras was decided two years ago.

Many community members want to know why the body cams didn’t work and asked what's the point of spending tax dollars on them if they aren’t reliable in investigations.

“What is the protocol that we check our equipment before we go out? We make sure the guns are clicking and working well but do we make sure the camera is also working,” said Holt.

The council responded by saying while they do not have the answers right now, working with the community in this situation is a priority.