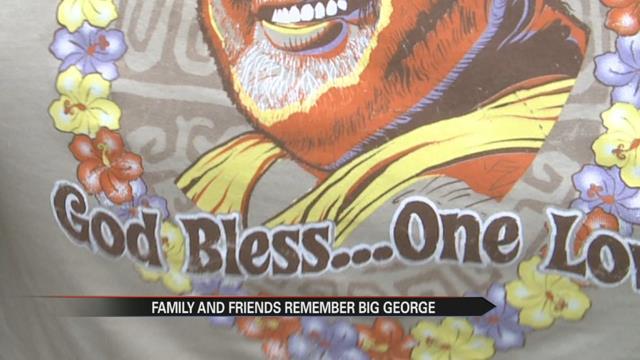 The July 4th holiday was celebrated in a different way by one South Bend family.

He was traveling through the Shipshewana area early that morning on the way to work.

Despite the loss right before the annual luau, the family decided to continue with scheduled plans because they said that is what George would have wanted.

The luau was filled with tables of home-cooked food and various dance performances that showcased Polynesian traditions.

“It’s just a time for us to bring the Polynesian culture to our community and just bring everybody together and have a good time,” Kennach said.

She said her husband was a loving man and a friend to everyone he met. The couple has 10 children and a large extended family.

“My husband was very much one that just wanted everyone to have a good time with no drama and just one love was his motto,” she added.

For family and friends, the party was more of a celebration of George's life and to remember the man they cared about so much.

“He just a loving person, you know. It’s just hard to explain unless you really met him and know him,” said
Lamont Williams.

Williams said they had been close friends for about 15 years but saw him as more like a brother.

George's family hopes to keep the tradition alive and hold the annual luau in his honor.

“This is what he started. We’re going to keep that going,” Williams said.