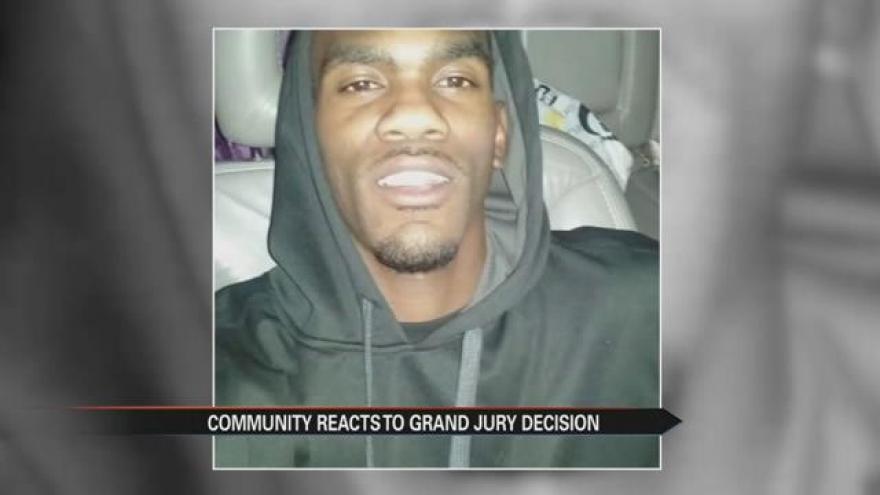 The Grand Jury has decided not to press charges against the officers involved in the December shooting of Norman Gary. Some members of the Elkhart community are not happy with their decision.

Wednesday evening, the Grand Jury decided not to press charges against the officers involved in the shooting of 29-year-old Norman Gary—to the protests of many in the community.

Gary was shot to death on Decamp Avenue by Elkhart Police on December 4.

They say they believed their lives were in danger after hearing multiple gunshots and later seeing Gary drive toward them at a high rate of speed, although the prosecutor says they cannot confirm Gary had ill-intent in doing so.

The Elkhart County Prosecutor says they can confirm Norman Gary’s gun was fired a total of 13 times early that morning.

The Elkhart Police Department issued the following statement this evening in response to the grand jury results:

“With regards to the December 4, 2016 officer involved shooting which occurred at 3:39 AM in the 1800 block of DeCamp Avenue.

We continue to support our officers, their families and the community. It is our hope that as a community we all move forward; continuing our efforts as a community to make Elkhart a better place to live, work and visit.

We will not be doing any on camera due to the internal investigation which still has to occur and the civil case which was filed.”

Some Elkhart community members, however, say they're not ready to do that.

“Without answers, with the secrecy, and now being told pretty much their dead family member was the one that was at wrong and there will be no justice, puts you really in a bad situation. ...That would make me not feel so great to be a Hoosier,” said Caleb Owens.

“Earlier today, the community experienced an upsetting setback when the Grand Jury decided that charges would not be brought against officers Dolshenko and Lanzen. From the start, Vicki Becker set the case from the officer’s perspective and proceeded to try convince us of the need for Norman Gary’s death. Many of us see it differently. Why not, as Norman’s mother suggested, shoot out his tires? And why, when the city put up $100,000 for body cameras, was there no body camera evidence out of three officers? In the twelve weeks since Norman’s death, we see pictures of one of the officers on vacation on the beach and skiing. Norman Gary’s last words pleaded for the wellbeing of his children. It seems as if they have the power to take life unjustifiably. But those of us who do not feel that Norman Gary’s death is justified have power, too. The quest for justice does not end here. We will stand together, and those who appear to have all the power will hold less of it. The tension between the community and the police department exists. We need a police force that we can trust.”