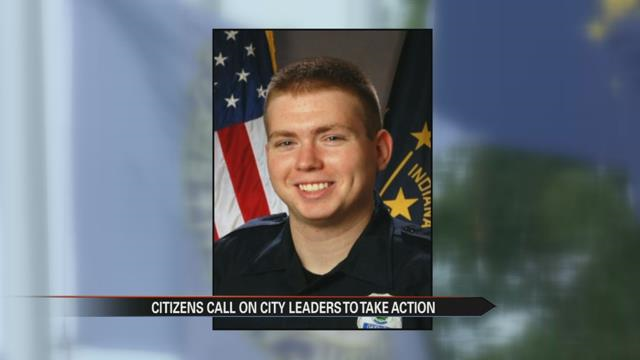 South Bend Police Officer Aaron Knepper is at the center of a firestorm. It is due to his involvement in illegally entering a home and tasing a teen back in 2012.

Dashawn Franklin was sleeping when he was mistaken for someone else by three police officers. Officer Knepper was one of those officers and is involved in multiple civil rights lawsuits and concerned citizens want something to be done.

Wednesday morning, a group of people will be outside the South Bend Police Department in South Bend in an effort to have their voices heard.

“We’re just going to be going down there and if protests are necessary, we will be protesting,” said Activist Nnenia Okereke.

Okereke said if it turns into a protest, it will be a peaceful protest. The group will be at the SBPD during the monthly Board of Public Safety meeting at 9 a.m.

The issue regarding Officer Knepper is not on the agenda but they want to be in attendance to show their presence.

“We really want to see Knepper fired but we found out that’s not necessarily going to be on the agenda. We’re definitely interested in finding out why he’s not fired," she added