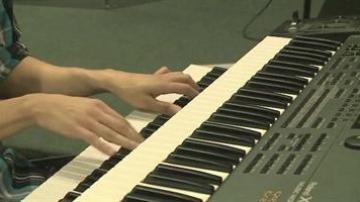 SOUTH BEND, Ind.-- A concert was held on Saturday to honor the lives that were lost to gun violence over the summer.

Michael Gillam was shot and killed in South Bend several weeks ago and now his son is using music to honor him.

Brian Gillam said he has grown up in the midst of tragedy because when he was 15-years-old his mom was stabbed to death in South Bend.

Now Gillam teaches piano to young adults in South Bend in hopes of stopping the violence.

Alfonzo Anderson said that learning to play the piano has changed his life.

Anderson said, “Him showing me, has opened up doors in my life so that I don’t think would have ever opened without that.”

The music groups at Kingdom Christian Center invited all the youth in the community to the concert on Saturday.