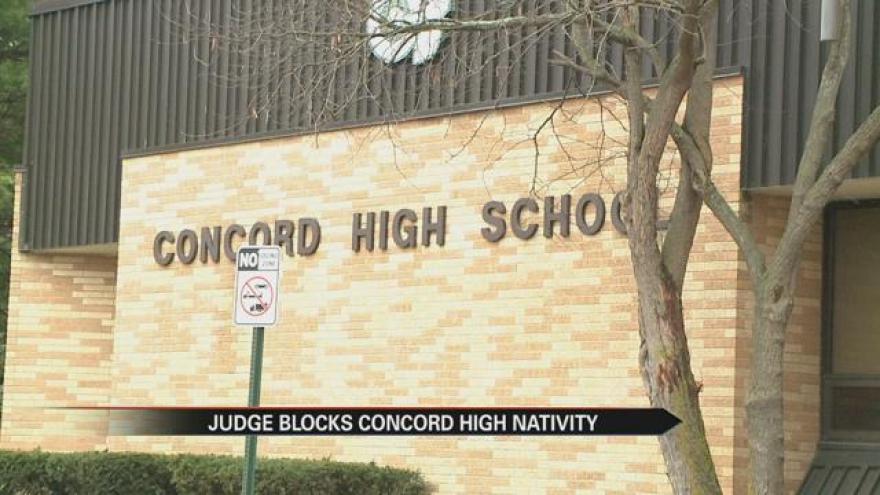 The school was ordered by a federal judge not to include a live nativity scene on stage, after a student filed a lawsuit against the  district for the religious display.

Gonzalez is so excited to see his daughter perform in the show, he’s going twice, but behind his anticipation is a bit of apprehension for his daughter’s safety.

“I’m hoping that we don’t have any craziness going on,” Gonzalez said.

The controversy has been brewing since fall.

An unnamed student is in a legal battle with Concord Community Schools over their use of a prominent nativity scene during the annual holiday show.

Less than two weeks ago, a federal judge ordered the school not perform the live nativity this year.

“There have been some minor changes,” Gonzalez said.

Friday’s matinees were for elementary school students only.

The weekend public shows are almost all sold out.

Now parents on both sides of the issue are asking for respect for the children.

“Just let them enjoy the show, and we as adults, just support them and be respectful” Gonzalez said.

The superintendent says there’s a special safety plan this year to protect everyone, and that includes the student behind the lawsuit.

“The whole family is very concerned and nervous. It’s a whole community arrayed against one family and one student,” Annie Laurie Gaylor, of the Freedom From Religion Foundation said.

The Foundation representing the student says it’ll be on the lookout for the students safety and anything close to a nativity scene during the shows, which the judge ordered against.  “It was divulged that they would be putting up some kind of a christian nativity scene on stage during some of the performance,” Gaylor said.

The performance already had everyone on the edge of their seats with the legal battle ongoing and the community debate at its height.

“Hopefully everything is going to be perfect so you kids just concentrate and do a good job,” Gonzalez said.