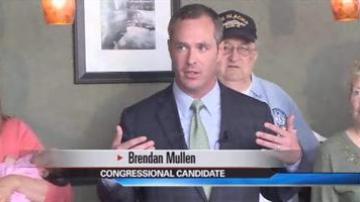 Several Republican and Independent voters actually endorsed him at the meeting.

With 60 days left until the election, Mullen's campaign is focused on working with both parties to solve today's issues.

"If we continue to hire folks on the fringes of the ideological spectrum, we're never going to be able to touch each others fingers," Mullen said. "I'm the middle of the road moderate guy, that a lot of my Democratic friends basically say I'm a Republican."

Mullen is hoping his small business and military experience will draw voters to the polls.