Congressman Donnelly answers your questions about the economy 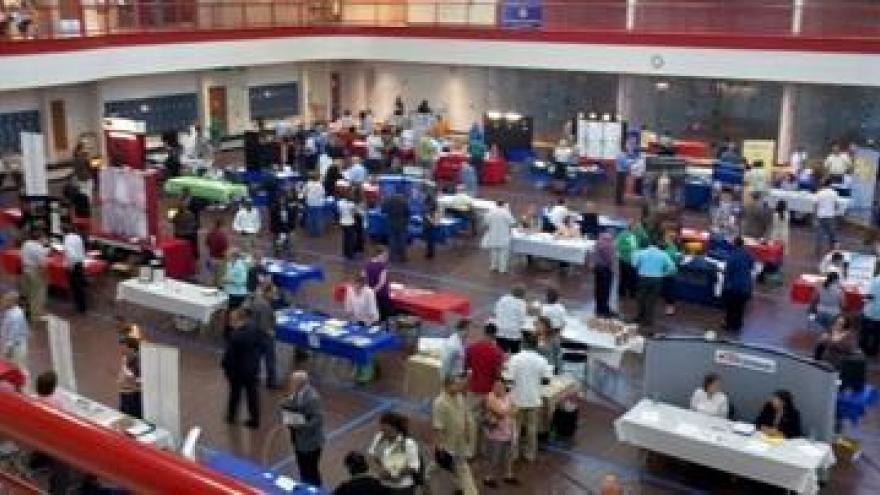 “Constituents say, ‘Hey, we want to be sure we get back to work.’” Rep. Donnelly explained, “Everybody from the area, we’re not going to be happy until everybody who wants a job has one.”

Taryn Coleman was just one of many here looking for a job, she’s been out of work since graduating college with a degree in marketing in 2007.

"I think there's more people looking for jobs than there are that are available,” Coleman explained.  “So it's hard just finding other things that you can do to help build your resume."

Coleman wasn’t the only person worried about Michiana’s economic outlook.  When ABC57 asked Facebook friends what questions they wanted Rep. Donnelly to answer many had to do with jobs.

Phillip Labarr of Goshen wanted to know, “Where are all the ‘shovel-ready’ jobs?”

"That program has helped provide jobs in Elkhart County through the THINK Company,” Donnelly explained.  “Down in Kokomo the Chrysler Corporation saved through tarp funds...we have seen here unemployment in Elkhart County go from over 20-percent down to 10-percent, that's not perfect, we've got a long way to go, but progress has been made."

Next, Nick Robertson asked, "With a prime location between Chicago-Indianapolis-Detroit and Cleveland, a river flowing right through downtown, a major university at our doorstep, we should be on a huge upswing, unfortunately that’s not the case."

Donnelly said he and other leaders are using all of South Bend’s assets to try and spur growth.

"We’ve coordinated a lot with Notre Dame through their nanotechnology center,” Donnelly explained. “Advertising is going on in the Chicago area as well saying 'hey, what's a better choice than Northern Indiana."

Finally, Beth Porter wanted to know, "when can we expect growth in higher paying jobs?  I have a MBA and my husband has his certifications in Microsoft.  I am hairdresser and he has been virtually unemployed for 4-years.  Should we move?"

Donnelly believes there has been a lot of growth in higher paying jobs.  Pointing out the new jobs offered in Elkhart County from Monaco Coach and other manufacturing jobs.  But, he says many of these employers have had problems finding skilled workers to fill these high paying jobs.

"You have to bring skills to the game as well,” Donnelly explained.  “The other thing I would recommend is that everybody try to take a chance to get more education and be more attractive as an employee."

Donnelly said he was certain that Michiana is on the upswing economically. Donnelly is running for Senate hoping to win incumbent Senator Richard Lugar's, R-Indiana, seat.