Construction in downtown Mishawaka halted for the winter 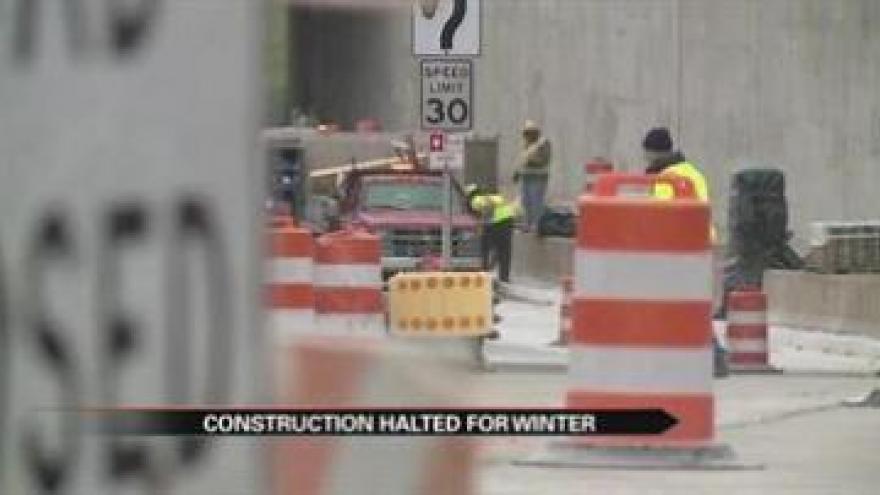 MISHAWAKA, Ind.-- Church Street in Mishawaka reopened Thursday, but the sewer and drain project won't be finished until next year.

Local store owners said the construction has caused quite the headache.

Paul McDonald said, “I’m just happy it’s open and my customers don’t have to drive clear out of their way to get here.”

The city engineers said construction workers are wrapping up in the next week before the winter weather hits.

The Church Street expansion and sewer renewal project was supposed to be done in November, but workers found contaminated soil and water underground.

Over the winter, the Indiana Department of Environmental Management will be working with contractors on a plan to dispose of the contaminated soil.

One store owner was elated when he drove to work and could turn right on 4th Street.

McDonald said, “I did. It was wonderful. And I got to the bank. It’s right across the street, and I can actually get there from here.”

The sewer project in Mishawaka has taken a lot longer than most business owners expected.

McDonald said, “The biggest concern was the manager next door said their business was down thirty percent, but so far we haven’t seen any signs of it because our business was way up.”

The lane closures and traffic have been a bit of a pain for McDonald and his customers at the Mishawaka Flea Market.

McDonald said, “I think it’s only going to get better now that people know how to get here.”

David Palenik, the owner of Wills Jewelry, felt the same.

Occupants of apartments along the torn up roads have had to trek through the mud every day just to get to their front door.

Tom Sours manages a property in downtown Mishawaka and he has received several complaints from his occupants about the torn up roads.

Sours said, “Most people were pretty understanding. We had some complaints about having to walk through the mud but they dealt with it.”

Sours said opening the roads before the icy weather hits will help him a lot.

Contractors plan to take up the sewer project again in March and hopefully finish in four months.