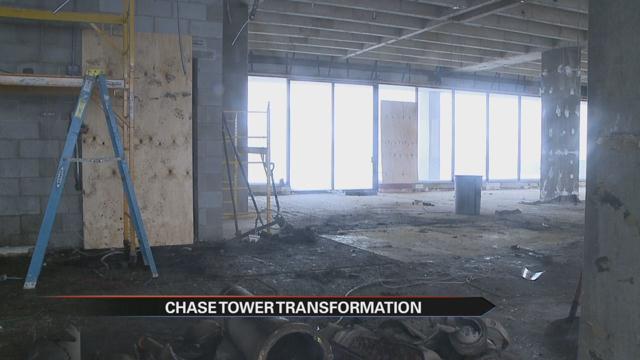 Construction on the South Bend building formerly known as the Chase Tower is moving along.

“The people who will come in will feel like they’re coming to a new totally different building,” Leo Vokas, project manger said.

Construction is just shy of a year from completion on an undertaking Vokas says shocked local contractors.

“For the area, it’s something unique,” Vokas said.

Unique is an understatement.

The building is being renovated to resemble something you’d see in a booming metropolis.

There will be a pet bath area, special deck on the seventh floor and room for shops on the first floor.

Vokas says the goal is to move in young people, so he had to find away to take a slightly old, well known building, and turn it into something fresh.

“It’s going to have all new infrastructure,” Vokas said.