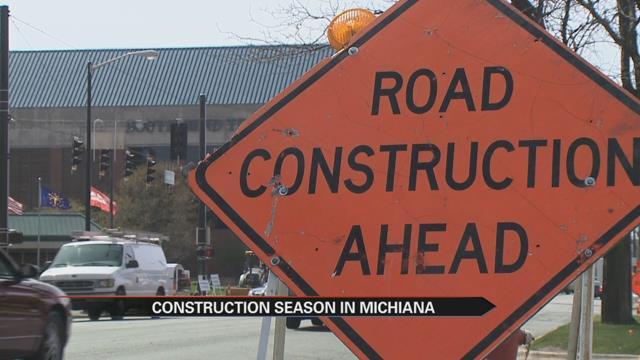 The start of Spring means the start of construction season here in Michiana.

Several counties are breaking ground as they make upgrades to city and state roads.

Northside Blvd and Frances Street, just south of Wayne Street, are undergoing work for the city’s fifth phase in its sewer separation project.

Officials say it’s a side effect of a growing city, but drivers say they’re the ones feeling the growing pains.

“It slows me down sometimes,” said Emerson Williams.

It’s hard not to bump into congested traffic when there are closed roads and detours just blocks away from each other.

But many look forward to the city’s progress.

“Yeah, it can be a little cumbersome but it’s worth it in the end I think,” said Williams.

In the end, these streets will be converted into two way “smart streets,” an initiative by the city to make the roads more pedestrian and cyclists friendly.

“Two way traffic, signal work, striping work and then street scape work in the core downtown so between roughly LaSalle and Western avenue is all knew sidewalks, landscaping and lighting,” said Jitin Kain, Director of Planning.

But officials say these changes are bringing in even more in investments.

Investments many agree are well worth this inconvenience.

“We’ve invested a lot into the people so to see the city coincide with that is just great,” said Williams.