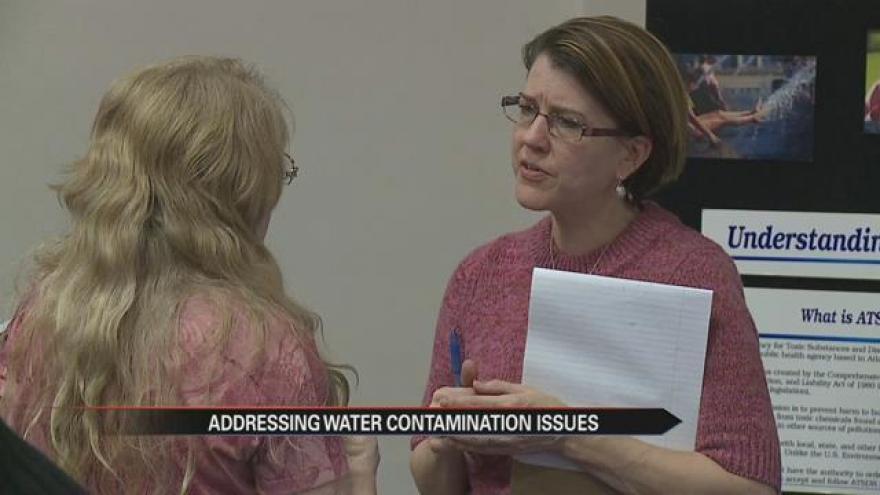 Residents and business owners from the North Shore Drive area voiced concerns over contaminated well water at a public meeting at the Elkhart County Health Department on Thursday.

The EPA says they’re investigating after a new report shows ground water in the area is contaminated with high levels of TCE, a toxic chemical used to clean metal.

Officials say they don’t know yet how long the water has been contaminated, but reports of health issues caused by TCE began in the area in the mid 90’s.

Scott Mcelravy has lived in the area for around 15 years. He says he and his family have experienced skin discoloration and rashes.

"We have skin issues that have tried to have been diagnosed by our doctor and the cause can’t be determined,” says Mcelravy.

Without a solution in reach, Mcelravy says he is considering moving.

The EPA says those who were exposed as children are at the highest risk for side effects, and high levels of exposure could cause cancer.

Letters were sent last week to around 250 addresses to notify those who may be at risk.

“Naturally when the EPA shows up and says we need to clean something up the first question people have is am I affected by this am I going to get sick from this? Our next step would be to sample individual homes and then of course to find out the source of the contamination and then get some cost recovery from those responsible parties who caused the contamination,” says Ruth Muhtsun, EPA Community Involvement Coordinator.

The EPA says groundwater within the contaminated area should only be used with a filtration system and if you notice any health concerns, address them with a doctor.

For the final public health assessment, public comments can be submitted until May 18th by clicking here.