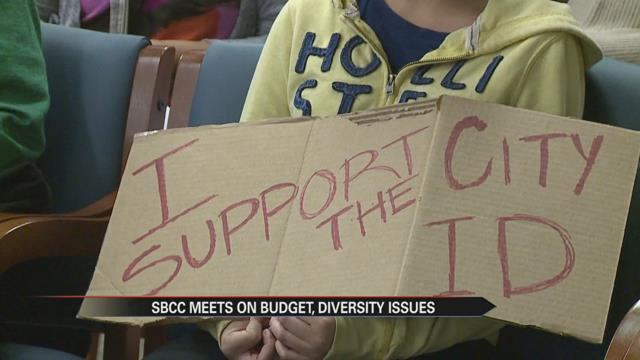 SOUTH BEND, Ind. -- The South Bend Common Council approved the 2016 budget in a 5 to 4 vote. The budget passed without the portion that would have included $18,000 for municipal identification cards.

The meeting was not without controversy Monday night as a number of hot-button issues were addressed within the city budget.

One of them being a new position offered within the city called, "a diversity compliance/inclusion officer."

Whoever fills this position will essentially be in charge of hiring more diverse employees within city departments.

The council was split on this new position within the city. Some asking why they should spend money on a position to do something the city should already be doing?

"I think the position in itself is a racist position," says Henry Davis Junior, "I think it makes it clear that this administration is incapable of hiring people of color."