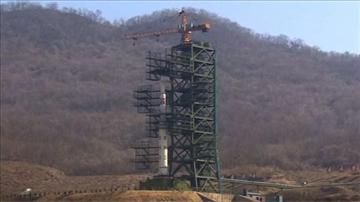 The world is watching North Korea and the launch of a controversial long-range rocket.

Even though there is international criticism, North Koreans are proceeding.

Their government said that the 90 ton rocket will launch a weather satellite into space.

They have invited dozens of foreign reporters to witness the liftoff, which is an uncommon move from the secretive nation and everyone is not buying it.

The North Korean government has had a bold stance in telling U.S. officials to relax.