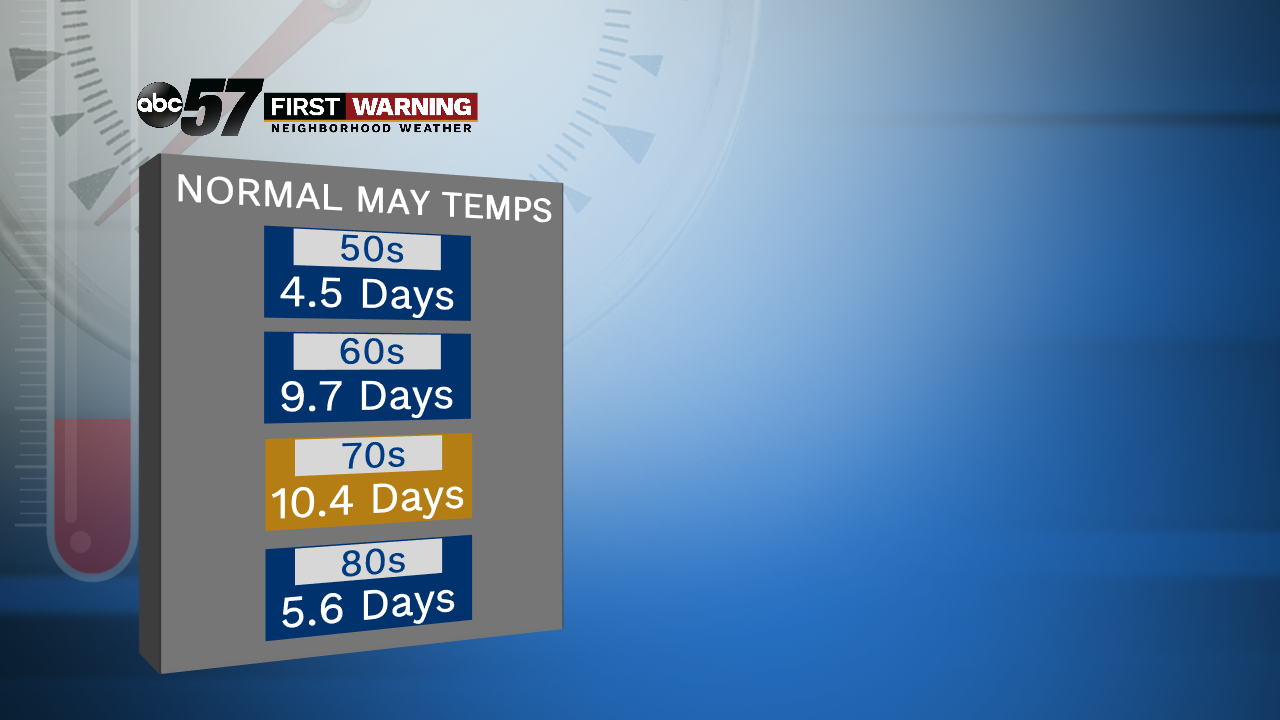 In May of 2018, Michiana was very warm, tallying up ten days in the eighties and even three days in the nineties. This May, temperatures will likely stay cooler than normal for the month, meaning eighties will be possible, but not as many as last year.

2019 has also been very rainy, not just for Michiana, but for the United States too. Much of the country has received above average rainfall between January to April. There has been so much rain that it has nearly eliminated drought. Right now, the country is only covered by 2% drought, the second smallest drought footprint on record. 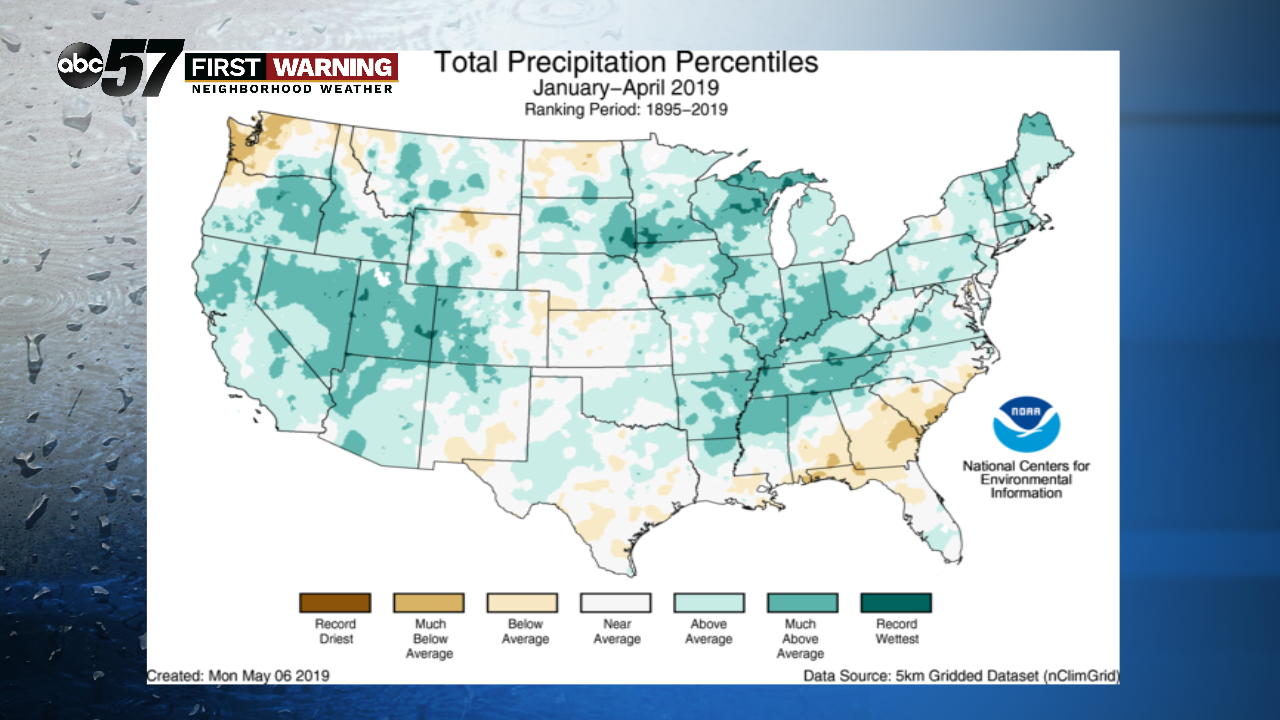 All of this rain does lead to flooding. The southern Plains are dealing with dangerous flash flooding this week, and April's major flooding in the northern Plains/ Midwest is still impacting farmers. 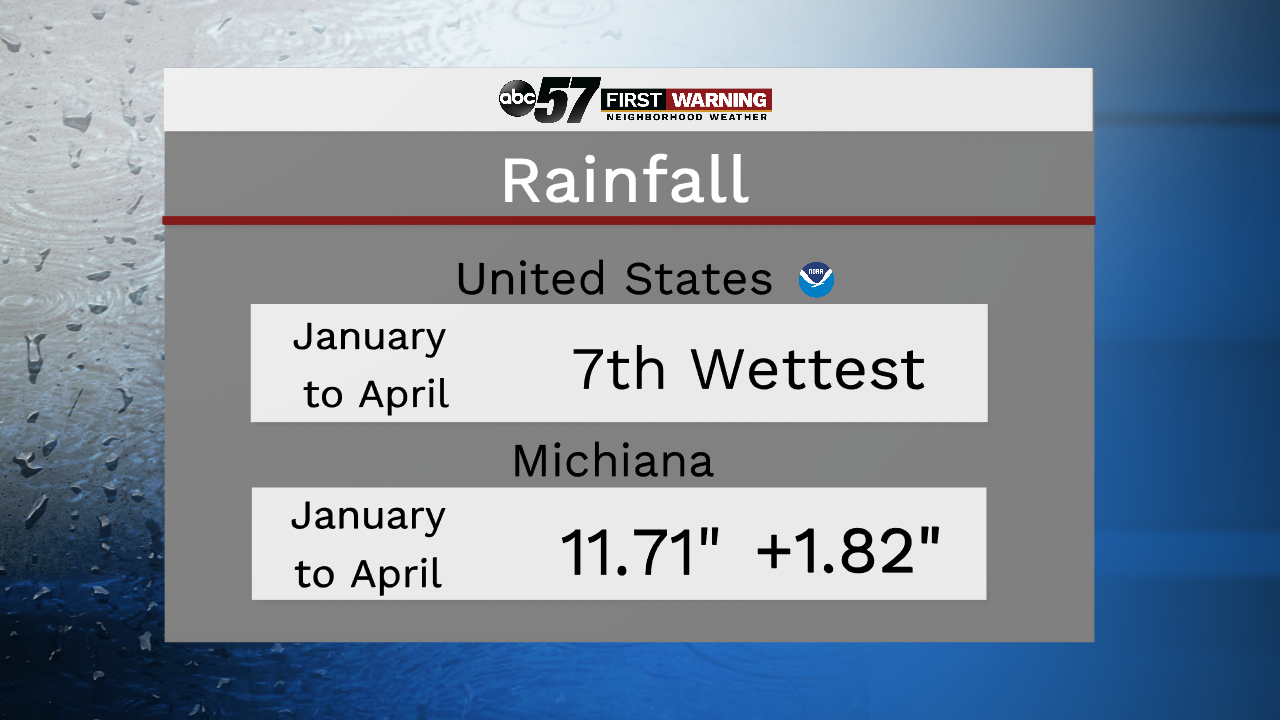