A lapse in reading skills during the summer months is a yearly issue for kids. It’s called the summer slide, or as teachers at Mary Beck Elementary in Elkhart call it: summer brain drain.

“We have a lot of kids in the summer time who aren’t looking at books or reading books at all,” said Carla Darr, a 2nd grade teacher at Mary Beck Elementary. “So we have a huge decline in their reading scores while they’re gone over the summer.”

Darr has been teaching for 35 years. Now she’s working to fight the summer brain drain.

This summer Darr and other teachers in Elkhart are heading out to parks, church parking lots or even apartment complexes to read with kids. It might not be a traditional classroom, but it’s a place to learn.

“It’s just not having a book, but it’s having somebody that will read to you and someone that you can hear read,” said Darr.

Darr posted an article of an Oklahoma teacher who had a bus and drove around in the summer to read with kids. That post became the catalyst for a new initiative.

"It started with one little idea and kind of a "haha" to something that I think is going to be a wonderful asset for our community,” said Darr.

Just after posting the article, Darr says she got a call from the Elkhart Education Foundation.

“The Elkhart Education Foundation contacted me and said we will donate the bus, we will take care of all the money to purchase the books for the program,” said Darr.

The bus is still in the works. Darr says students are designing it and even naming it. This summer is all about finding where to take the bus once it is in operation.

“We’re traveling to different locations at different times of the day to see where we can gather the most kids,” said Darr.

Teachers are volunteering in their off time because it’s a project they believe in.

“Bringing literacy, getting together through literature, there’s nothing better than that,” said Rita Janson, a 1st grade teacher at Mary Beck Elementary.

“We love these kids,” said Darr. “They’re like family. Reading is like their pathway to bigger and better things. The better they can read and the more books they can read the better off they’re going to be.”

Below is the full schedule of reading times for this summer. Darr says by next summer they should have the bus up and running. 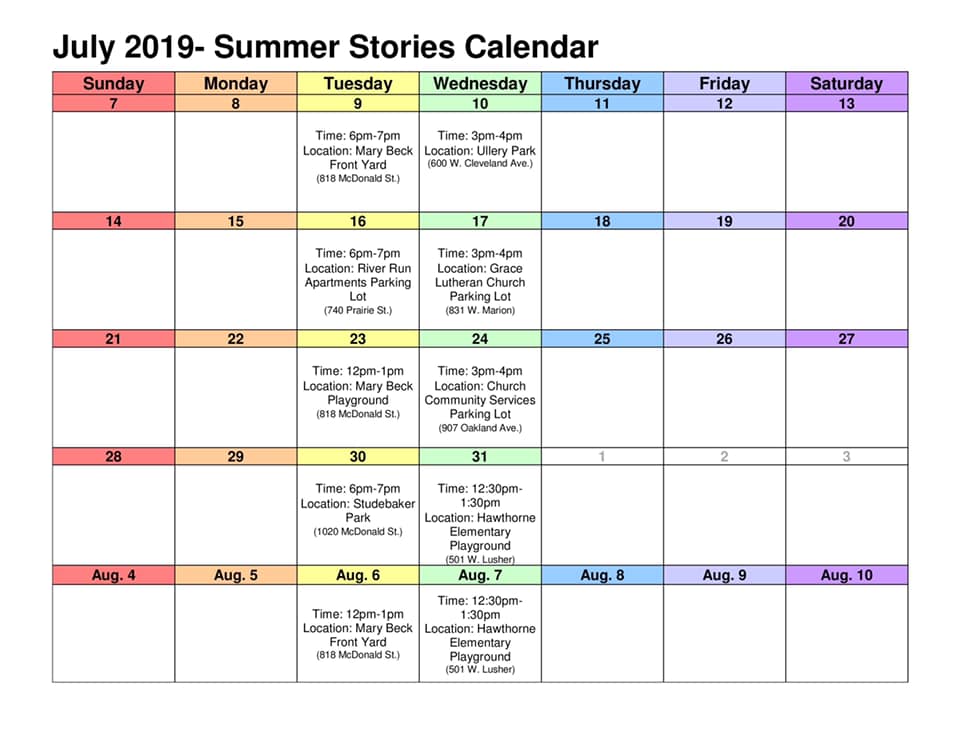