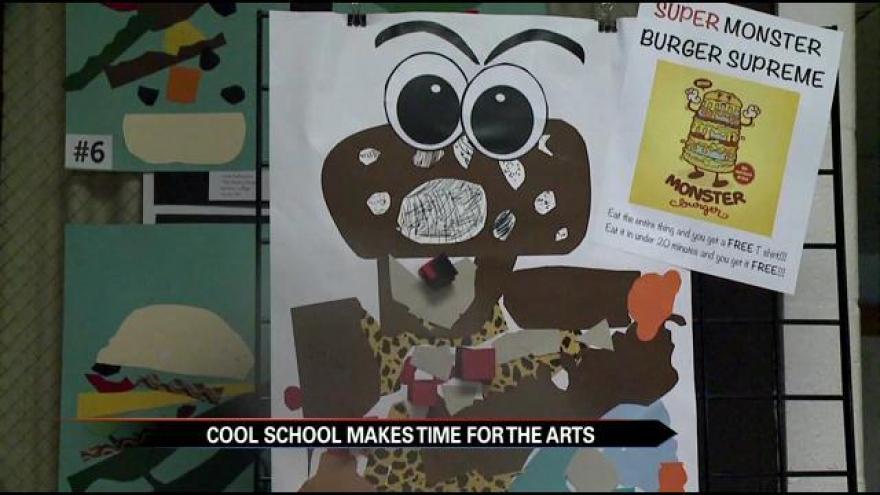 ABC 57 wants to shed light on some of the coolest schools in the area. Starting October 30th, ABC 57 is going inside different schools across Michiana. We are showcasing teachers, staffers  and coaches as well as their students because a positive experience in school can set a student up for a better life.

Stanley Clark School is a relatively small school for the area: only 300 students. But those smaller numbers give teachers more time with their students, and it's extra time devoted to non-traditional subjects, that makes Stanley Clark a very “cool school."

Every day students at the Stanley Clark School in South Bend hear musical instruments and see walls covered with color because at this private school the arts are as valued as academics and athletics.

They believe that experiencing the arts from a young age creates the whole person.

Claire Shive is a fourth grader whose work has been selected by the Indianapolis Museum of Art as part of their "Inspired by the Southwest" exhibit.

Claire said she plans to become a zoologist or lawyer but for now she is an artist whose artwork will be showcased next to Georgia O'Keefe's at the Indianapolis Museum of Art.

The "Georgia O'Keefe and the Southwestern Still Life" exhibit runs from now through February 15, 2015.