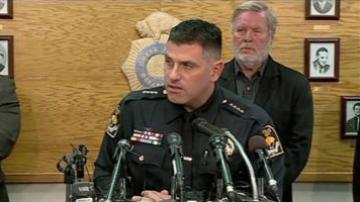 OMAHA, Neb. - A 'Cops' crew member was shot and killed during a taping of the program.

Police in Omaha say an audio technician, Bryce Dion was hit by a bullet fired by a police officer Tuesday.

Dion and a 'Cops' cameraman were filming a shootout at a Wendy's restaurant. The fight was between officers and a robbery suspect. The suspect was also killed.