Mount Agung is an active stratovolcano located in the northeastern portion of the Indonesian island of Bali. It last erupted in 1963, killing over one-thousand people. But it has entered another active phase as of November 21st. Volcanic debris, ash and other particles have continued to spew out of the volcano, and small eruptions have occurred. 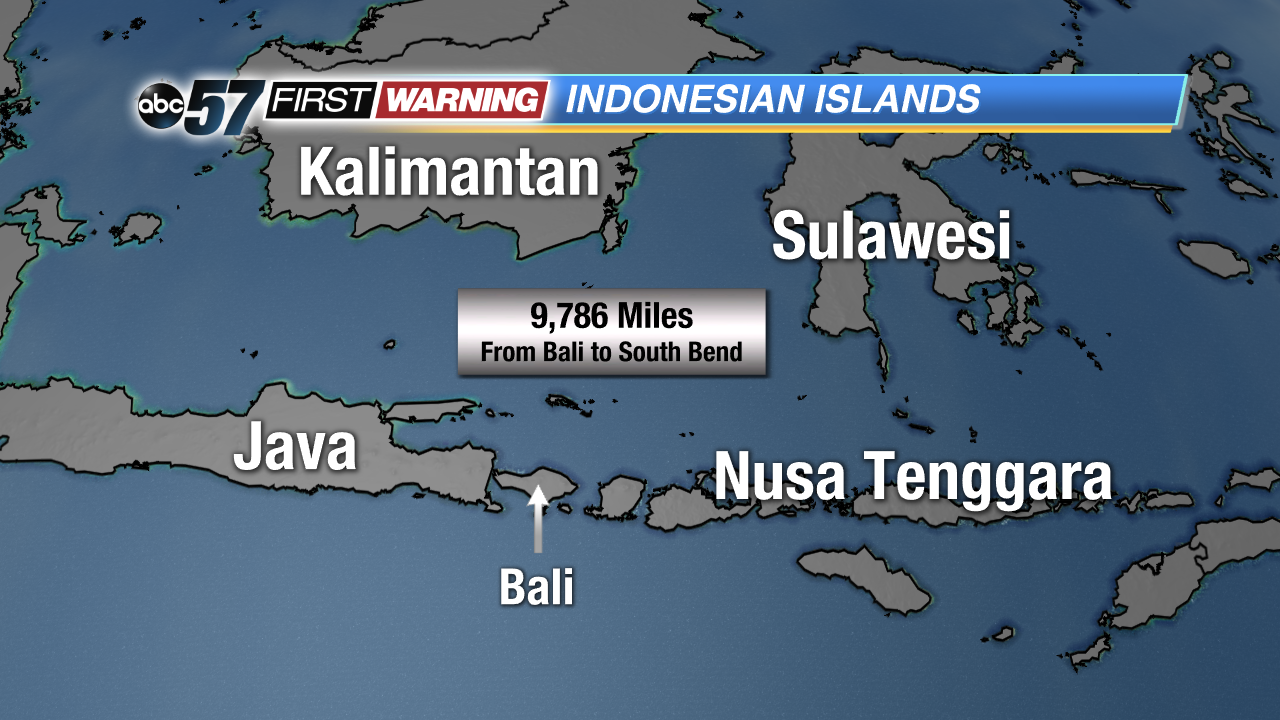 That volcanic activity has led to a mandatory evacuation of thousands of people within a certain radius of the base. In fact, nearly 100,000 people have been asked to leave the area, per Indonesian officials. With the effects that volcanic debris can have on visibility and overall safety, flights have been delayed and canceled, causing thousands to be stranded on the island. Now, with evidence suggesting the volcano is entering a magmatic phase, the alert level has been raised to four, the highest there is. 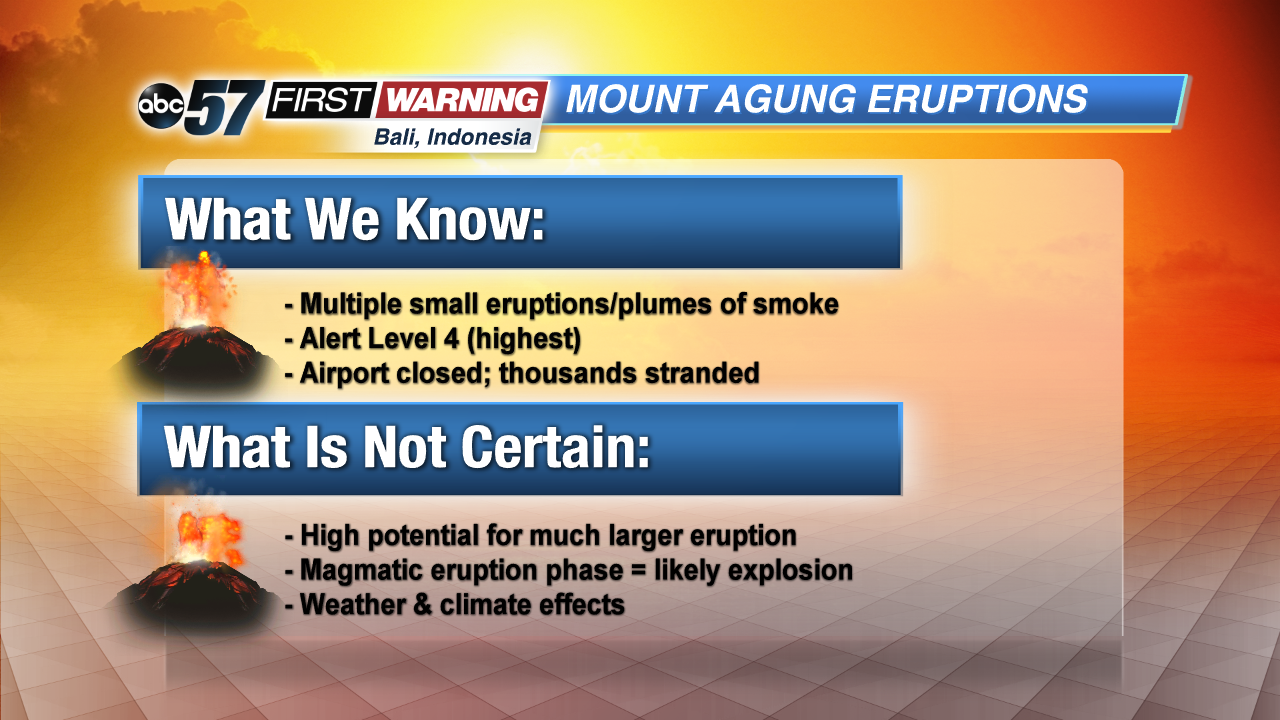 The reasoning behind the alert level being raised to four is because volcanologists and seismologists fear there is a significant potential of a very large explosion. If that were to occur, effects could be catastrophic. In addition, a large volcanic eruption could lead to weather and climate effects worldwide.

While nothing is certain at this juncture, there is sufficient evidence that does suggest a larger, more dangerous eruption is imminent. Large eruptions of similar volcanoes in the past have led to thousands of deaths, extensive damage and even climate alterations. The most notable is the famous "Year Without A Summer" in 1816. Mount Tambora in Indonesia erupted and sent extreme amounts of debris into the atmosphere, affecting the weather in many parts of the world, including the northeastern United States and much of Europe. As volcanic debris enters the atmosphere, it can block incoming solar radiation, leading to less sun reaching Earth's surface. In turn, the result is usually a decrease in temperature.

That was the case as Europe saw cold, rainy weather, and the northeast saw snow in June! There is actually data that show that volcano eruptions have led to a net cooling effect on Earth over the last 50-65 years. Now, it's important to remember no volcanic eruption is alike; each one has its own distinct characteristics. For example, some data and scientists suggest that the greenhouse gases emitted by volcanoes actually lead to a warming atmosphere. Therefore, it's impossible to predict the strength and eventual effects of a likely major Mt. Agung eruption. However, weather and climate effects are certainly a possibility if the volcano does indeed experience a significant eruption.