Could senior citizen drivers be the safest on the road? 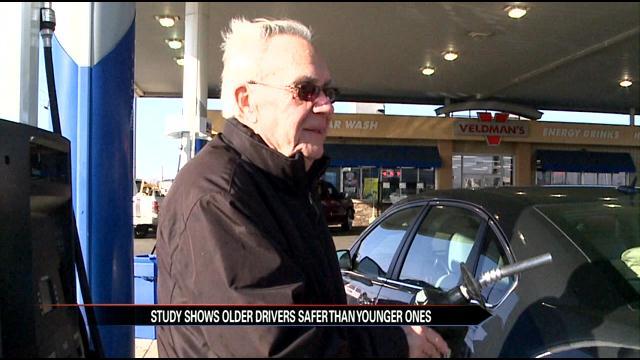 According to a new study released this week by AAA, senior citizens aren't getting the credit they deserve when it comes to their driving skills.

Gnetrzybinski has been driving for more than 45 years.

“I think I've only had two moving violations in my life,” Gnetrzybinski said.

He says he considers himself a good driver, and it's not his driving he's worried about, it's his more junior counterparts.

“They're distracted, they're on the iPhones or texting things like that,” Gnetrzybinski said.

One in six cars on the road are now driven by someone age 65 years or older, and 90 percent of senior citizens say they haven't had an accident or even a moving violation for the past two years. Plus, AAA says senior citizens are more likely to wear their seat belts.

“I think they realize the seriousness, if they don't wear their seatbelt and number two, they have a tendency to follow the rules, such as very, very seldom do you see a senior citizen texting, which is illegal, but most of society does it anyway,” Frick's Driving School Instructor Bill Wagner said.

Wagner has taught drivers of all ages the rules of the road for more than four decades now. The biggest problems he sees with young and middle-aged drivers? Speed and distractions.

“We have this generation that has to learn to slow down, especially when the weather is bad they just don't do it. More has to be done with the awareness of texting and driving, if we have a law that you shouldn't do it then we shouldn't be allowed to do it,” Wagner said.

And for an experienced driver like Gnetrzybinski, speed and distracted drivers are the reason he says he will continue to use caution on the road.

“It scares me it definitely does,” Gnetrzybinski said.

According to the AAA study, accident rates have been falling among the elderly for years now. The number of accidents has dropped 31 percent for seniors from 1997 to 2012.