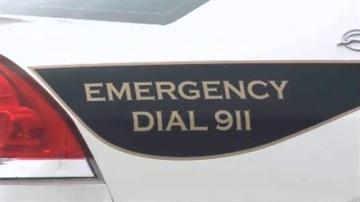 SOUTH BEND, Ind. -- South Bend could become the first city in Indiana to have a nuisance property ordinance. Property owners would be subject to fines if there are too many calls for police or code enforcement that are not valid emergency or safety related incidents.

Every day, police officers are called out to handle issues that are not related to public safety, commonly referred to as nuisance calls.

"If you look at city-wide, we have an issue that needs to be addressed,” said Tim Scott, South Bend Common Council District 1.

Scott says one of the city's trouble spots is the Courtyard Place Apartments on Jefferson Boulevard.

"Courtyard Place was on pace for over 1000 calls to the police department,” said Scott.

Scott says recently, the apartments have been able to reduce that number to around 500, but that's still too high.

That could change if a new bill passes. It would fine nuisance properties every time police or code enforcement shows up for non-safety related issues.

The measure isn't getting the full support of the council.

"We cannot continue to add more fees and fines to human behavior and expect that everything is just going to stop and we're going to be in a better place later on; that's not going to happen,” said Davis.

Ultimately, Scott is confident his bill will pass, even without Davis' support.

"Some of the citizens within South Bend will have the power to deal with some of the landlord issues, some of the bad chronic property issues that are happening in South Bend when they feel that they don't have any power at all to make some changes,” said Scott.

Any property with fewer than 50 units would be allowed five nuisance visits per 60 day period. Every nuisance visit after that would result in a $250 fine.

Properties of 51 or more units would be allowed 12 nuisance visits within a 90 day period. Every nuisance visit after that would result in a $250 fine.

Any valid safety related visit would not count as nuisance and would not be subject to a fine.